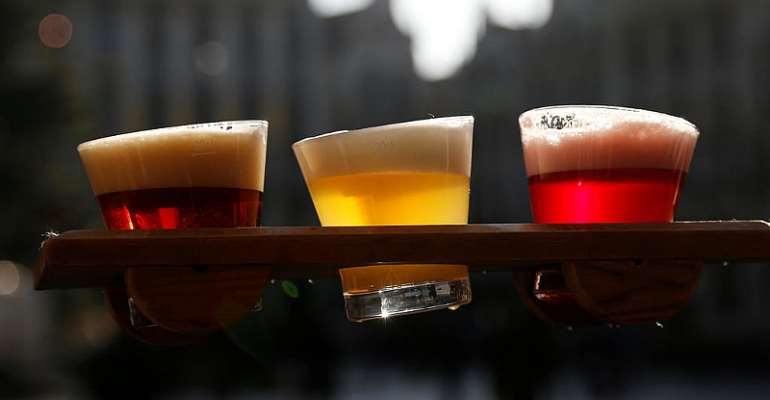 With more than 2,000 independent brewers, France is the European leader in the business of craft beer, with an astonishing range of flavours available. The industry uses raw materials like stale bread and coffee grounds, and is to be found in the most unlikely places...

What would you say to a glass of Phoenix? A dark brown brew based on stale bread (from a top-class local baker) and coffee pulp from a Peruvian blender just around the corner.

Or an Alabama, light brown with its own hint of coffee? Or prune beer? Perhaps one based on black wheat from Brittany?

Don't rush – there are over 300 different styles of craft beer to choose from, all of them produced by French enthusiasts who have decided to reject the standardised product offered by the big multinational brewers.

"I don't know how anyone can drink IPA," Pascale, a frequent visitor to the tiny Goutte d'Or brewery in the northern Paris neighbourhood, told Journal du Dimanche, referring to the hop-heavy India Pale Ale style.

Another customer agrees that it's hard to return to commercially brewed beer once you've tried the output of the microbreweries. "There's less sugar. You can taste the ingredients, the grains, the spices... It's a bit more expensive, but it's well worth it!"

The Goutte d'Or has reported a 20 percent increase in volume of sales every year since opening in 2012.

Beer consumption has been declining in France for the past three decades. In the 1980s, there were fewer than 30 operational breweries for the whole country.

Pale beer with a low alcohol content became the norm, with huge companies like Heineken and Kronenbourg dominating the market.

That domination is far from over, with craft beer accounting for just 7 percent of French sales last year. But the big companies are clearly worried, buying out many small breweries and launching their own so-called "craft" products in an effort to attract an increasingly demanding population of drinkers.

And the brewers are making efforts to interest the French restaurant sector in their remarkably varied range of flavours.

"Young chefs are now finding ways of blending their flavours with those of the brewers," says French beer specialist Hervé Marziou. "A pale ale with hints of citrus goes very well with seafood, and you can't beat a fine brown beer with a caramel fondant."

Cheers, but don't overdo it.

Police beef-up security at traffic intersections over daylig...
40 minutes ago