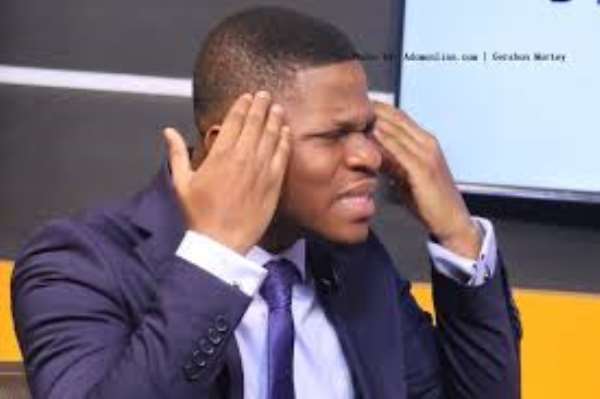 Communications Officer of the opposition National Democratic Congress (NDC), Sammy Gyamfi has said President Akufo Addo is quick to react to 'social media political jabs', than the peace and security of the country.

The President during a meeting with the Catholic Bishop Conference lamented over a Facebook post shared by Presidential Candidate of the NDC, John Dramani Mahama which allegedly contain enthocentric comment.

The President in his statement described the post as unacceptable.

"The comment made by my opponent 'Akyem Sakawa people, I've not heard any public figure, independent, yourself or anybody comment on it, and I think this is unacceptable," the president lamented.

But Sammy Gyamfi, in a Facebook post, questioned the integrity of the president for ignoring 'the state-sponsored ethnocentric harassment against Ewes and northerners at Banda, Ketu South, Ahafo Ano North' among others, during the recent voter registration exercise and rather respond to social media jabs.

"So President Akufo Addo is actually alive to social media political jabs, whilst he pretends not to see nor hear about any of the state-sponsored acts that have threatened and continue to threaten the peace and cohesion of this country?

"So President Akufo Addo has not heard about the state-sponsored ethnocentric harassment against Ewes and northerners at Banda, Ketu South, Ahafo Ano North among others, during the recent voter registration exercise?" he quizzes.

According to him, the president has rather exhibited an ethnocentric attitude with deliberate misuse of state security agencies against 'particular ethnic groups during the voter registration exercise.

In his view, "It is now obvious that President Akufo Addo and the NPP's obsession with the name "Mahama" can no longer be discounted. Indeed, for those who had time to count, President Mahama's name is said to have received over 1000 mentions during the NPP's recent manifesto launch, far more than any policy proposition the NPP presented to the Ghanaian people."