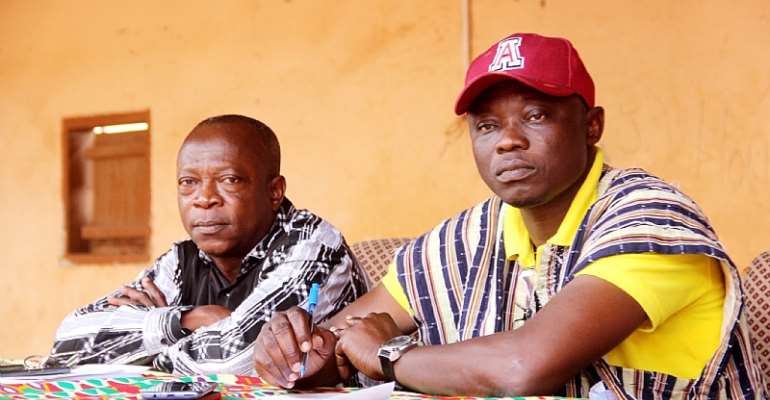 The District Chief Executive for Garu District in the Upper East Region Emmanuel Avoka has described President Akufo-Addo performance as the best.

The District Chief Executive said this at a town hall meeting in Garu.

He outlined activities the assembly has undertaken over the past three and half years to improve lives and better lot of the people.

The forum also provided the people in the district the opportunity to know much about the developmental projects and programmes being implemented by the assembly over the years.

The people also shared their grievances with the assembly for redress.

The Garu District Chief Executive (DCE), Mr Emmanuel Asore Avoka, explained that the assembly was committed to the principles of transparency, probity and accountability to build the trust and confidence of the people.

Mr Avoka renewed his resolve to enable the people to reap the maximum benefits from these programmes and other policies to improve their living standards.

On agriculture, the DCE said, over 40,000 farmers benefited from the PFJ programme.

According to him, the assembly distributed cashew seedlings to farmers in 2018 under the Planting for Export and Rural Development programme as measures to improve their economic activities.

Mr Emmanuel also called on the youth to embrace the government initiative of “Rearing for Food and Jobs” saying “the government is poised to support interested farmers with small ruminants and fowls for a start.”

He also informed the people about other development initiatives in other sectors such as health, education, water and sanitation, security as well as infrastructure for poverty eradication.

Under education he said, the district has witnessed significant improvement with the introduction of the Akufo-Addo's Free SHS.

The participants at the town hall meeting turn the attention of the DCE to the poor nature of the roads, the need for improved access to potable water, health care delivery, youth skills development centre, among others to propel the development of the district.