NPP Fighting Hard To Become What They Fought Against 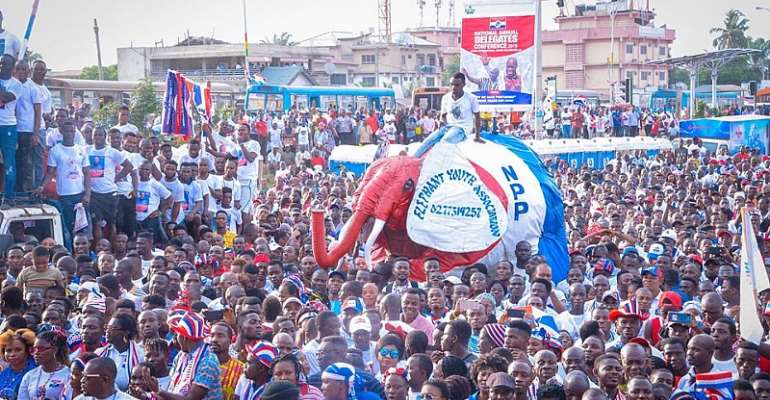 A wise man once said 'those who don't learn from experience (of another), would learn by accident.'

By the time Ghana went to the polls in the year 2000, the NDC was popular for violence and being unfriendly to the media. These among other things caused the then candidate Atta Mills difficulty in winning the election that year. Between then and 2008, the NDC has succeeded in rebranding itself into a peaceful party riding on attributes of Prof. Mills as "asomdwee hene", meaning 'king of peace'. Notwithstanding, it was becoming difficult for NDC to successfully staged media agenda or sustain such because media relations have been estranged for long and the NPP were considered friends of the media.

As the NDC was successful in rebranding itself, the NPP didn't seem to have gotten over the NDC's history. They were now warming up to meet the NDC in an arena the NDC was no longer in. So we heard statements like 'obiaa de3 mienu mienu' from then candidate Akuffo-Addo, meaning every man has two balls.

Fast forward 2020, the NPP is in power and Ghana drops in World Press Freedom ranking coming against backdrop of some alleged hostility against a section of the media and media persons. Some issues of insecurity and violence have been also alleged against the government and currently, there is a feeling among CSOs that there is an agenda by pro government and pro-NPP to attack them.

Attack or perceive attack on CSOs is something no party can afford to fester, not even the perception of it. Political parties who allow this have set themselves up for difficult times in power and in opposition. Because in government CSOs are partners for development, and in opposition, their activities and activism may prove somewhat beneficial to the opposition party.

The other day an elder said "wonnim owuo aa, hw3 nna". To wit, you don't need to die in other to know how death looks like, just observe how sleep looks. The government and ruling party are not learning enough from the past experiences of the opposition NDC.

This new behaviour of the NPP perhaps is a vindication of Friedrich Nietzsche who said; "Whoever fights monsters should see to it that in the process he does not become a monster."