Ladies Do Pick & Chose Who Pursue Toast Or Chase Them 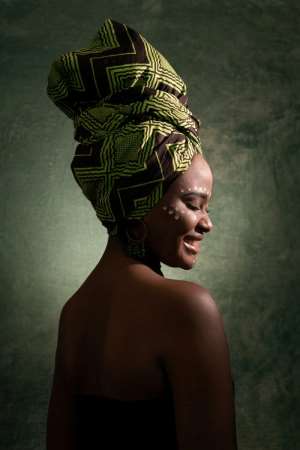 Son, rules of pursuing, chasing and toasting ladies have gone global. We used to hang around the ladies we like trying to make the best impression on them or pursue them from some comfortable distance without being a pest chasing them. It was a given that, even if she liked you, do not expect her to say so at one try. So, you had to try again and toast her until she said, yes.

Fast forward, pursuing or chasing a girl could land you in trouble and if you do not keep your distance, it could become sexual harassment. There is a law in Canada, the last time I checked where No means No. It can be tricky. Out of being polite, some ladies may just give you the vibes of Bug Off without saying it. Some guys do not take a polite snub as an answer, until they get a resounding No!

Dating environment has changed since the billionaire days but he is still a jolly old man in his eighties. Personal relationships are different from business, though some people treat them exactly the same way with prenuptial agreements. These days, there would be ladies waiting to sue Buffet for some of his money just for the look.

Therefore, we are in a different so-called global world where a lady or a boy cannot express true feelings for each other without being misunderstood. The other cases are easy, waving her hands off would convey her feelings. The process of letting a guy know she wants him around without appearing eager can send mixed messages. She wants to appear old fashioned because guys see that as a wife material. On the other hand, she does not want to lose him. How for do nah.

These days we see young men rolling on the floor crying after their proposals on their knees to ladies they should have known would reject them. It is foolish to think that without doing your homework toasting, grooming and sounding a lady's interest, she can be embarrassed into saying Yes to engagement she is not prepared for. Usually, ladies cry for joy when a man proposes to them. The fact that she rejected you means you want to rush her, when she thinks you are not yet a man or she took you only as a sidekick!

Ladies keep boyfriends for several reasons. Sexual partner does not necessarily mean she has made up her mind about you. It could mean that she wants to satisfy a physical need or she is hanging on until she gets her dream boy. Granted that some ladies have a hard time making up their minds, hoping that there is someone out there better than you, it does not mean you must rush her. Let her love you for the man you are. If you are not her type, do not smudge her, the relationship will break down sooner than later.

A man should not be judged by his humble beginning nor should class play a domineering role in a relationship. We have seen hard working young men that are respected right from their potential during school days to when they are ready to get married. You probably remember the Maths Maths Physics guys and how many girls follow them. Even neat clothes or clean white shirts got attraction then.

Poverty has created another class of ladies that are not even that interested in what is between your two pockets but what you have in each pocket. Do not break your neck because she called you brokeass man. Your time will come when fast money runs out and your pockets are slowly but steadily getting filled through hard work. Slow and steady horse wins the race.

You may be displaced by some guys that come back home from foreign countries to marry ladies they would not dare talk to when they were home. Since these young men have crossed overseas they come back for the biggest gem or leftovers. The girls usually go along until each of them realize their greed. One for money, the other for marrying up to a lady beyond his dreams.

There was a friend that never went to school in all his years abroad. He came home to marry a lawyer with a good government position. She ended up committing suicide abroad after some depression. If anything, the hype about African marriages abroad are overblown. The cultural shock in a new environment follows the trends of broken marriages and high single family households in their new countries.

Another friend summed it up when he was advised against bringing a wife from home. He told his relatives that if his wife became indifferent to him, she would at least take care of their children with her higher income. There are too many stories about nurses but they are not the only professionals making more money than their husbands abroad. Indeed, we never heard about the loyal ones that added value to the lives of their families. Most cities abroad have professional ladies but it only takes one bad egg to spread a nasty reputation to many.

Many Black couples are worried about giving their sons the "talk" on what to do when approached by Police abroad, no matter who they are or what they achieved like General Colin Powell, a former Secretary of State stopped by Police. If African ladies are your choice for a wife to bring home, there are many of them in colleges all over Europe and America looking for husbands to take home. Going back to Africa becomes easier if that is one of the reasons you want a lady from home. Young men do not have to work and sweat only to regret bringing ladies over after educating them into high paying professions.