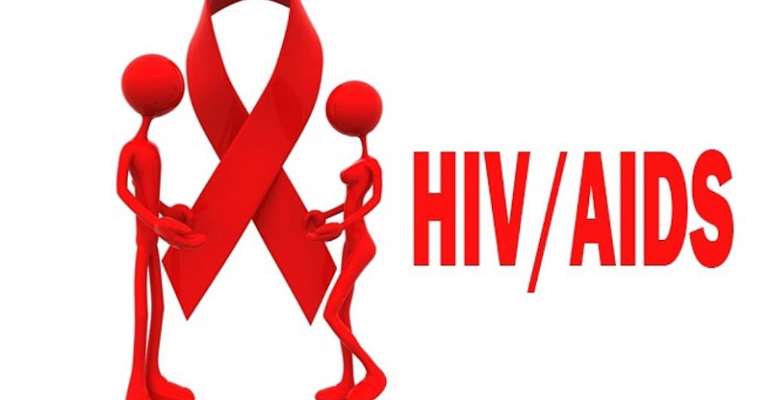 The assumption by many Ghanaians that there are no more or very few new HIV/AIDS infections in the country is far from the truth.

This is because information from the Ghana Aids Commission (GAC) has indicated that, 20,068 new infections were recorded across the country, with 13,616 HIV/AIDS related deaths in 2019 alone.

Speaking during a collaborative virtual media interactions between Ghana Aids Commission and United Nations Programme on AIDS yesterday to discuss stigma and discrimination against persons living with HIV (PLHIV), Dr. Cosmos Ohene-Adjei, acting director of the Ghana AIDS Commission expressed worry over the increasing number of people who are unaware of their positive status.

According to him, the continued stigmatization and discrimination against persons living with HIV/AIDS (PLHIV) has largely contributed to the spread of the virus and other related effects due to the fear for people to check their status.

“From the recently released 2019 national and sub national HIV estimate and projections, we realised two striking features. One is, more 142, 000 persons in Ghana are living with HIV, but they do not know their HIV positive status because they have never tested. More than 46, 000 who know their HIV Status are not on life saving treatments, that is, they are not on ARVs”, Dr Cosmos Ohene-Adjei said.

He continued to say that, stigmatization of persons living with HIV is preventing individuals from testing and also following up on treatment which is worsening the epidemic.

Explaining how to address stigmatization and discrimination to participants, Director of Technical Services, Ghana Aids Commission, Dr. Fred Nana Poku said, people sometimes the use the two words interchangeably which is not accurate.

According to him, stigma is a dynamic process of devaluation that significantly discredits an individual in the eyes of the other, while discrimination is any form of arbitrary distinction, exclusion, or restriction affecting a person by virtue of inherent personal characteristics or perceived belonging to a particular group.

He noted that knowledge of HIV in Ghana is high, however, stigmatization and discrimination is common. He said, “only 8 per cent of men and 14 per cent of women were found to have accepting attitudes towards people living with HIV (GDHS,2014).

Even though per the study, 70 per cent of women and 74 per cent of men indicated that they will care for an HIV-positive relative in their homes, there is low acceptance of services from HIV positive business owners, teachers, and other essential professionals which is challenging to the improvement of their livelihoods, Dr. Poku noted.

Some Heart-to-Heart (H2H) ambassadors who shared their frustration about the frequent ordeals they go through as PLHIV in their communities, pleaded with the public to put an end to the practice.

Speaking during the media interaction, one of the things they emphasized on was the neglect of orphans living with HIV. They said, Caregivers refuse to cater for such children who eventually lose their lives at tender age. “We are recording a lot of orphans dying and some of them also do not come for their antiretroviral” one of the ambassadors indicated.

There are currently over 200, 1000 orphan children living with HIV in Ghana.

The H2H ambassador also pleaded with religious leaders to stop asking for HIV test results before blessing marriages. “My second point I want to share is about the religious leaders that still demand HIV test before blessing marriages, we want to tell the commission and the media that, this is becoming a big problem for our young people,” He said. He also pleaded for funding to run their activities.

Stigmatization and discrimination of PHIV is subject to prosecution. It is enshrined in the 1992 constitution that a culprit can face up to 3 years imprisonment, or 200 penalty units or both. The GAC Act 938, 2016 gives provision for non discrimination so as to mitigate the effect of stigmatization.

To address issues related to stigma, Dr Poku indicated that, per the constitution, a person living with or affected by HIV or AIDS shall enjoy the fundamental human rights and freedoms enshrined in the constitution.

A person shall also not directly or indirectly discriminate against a PLHIV or AIDS based on the actual or perceived status of that person or of a close associate of that person.

The GAC HIV Act 938 with provisions was passed to close gaps which permits discrimination according to Dr. Poku

After elaborating on some of the enormous effects of stigmatizing PLHIV, he encouraged victims to be bold and report incidents of stigma and discriminations to institutions such as GAC, Commission of Human Rights and Administrative Justice (CHRAJ), Legal Aid and other civil society Organisations.

Dr Fred Nana Poku continued to emphasize that PLHIV have the right to health, right to privacy and confidentiality, Insurance benefits, right to education, political rights, sexual and reproductive health rights among others, therefore nobody has the right to deny them anything they need to be comfortable.

He called on the media, health care givers, communities, Individuals, as well as people in the work place not to condone the habit of stigmatizing and discriminating of PLHIV.

Even though HIV/AIDS related cases remain one of Ghana’s developmental issues, Dr. Ohene-Adjei is optimistic that the new 2021-2025 HIV/AIDS national strategic plan which has been drafted will address crucial issues confronting HIV/AIDS.

The goal of the new strategic plan formulated, is to achieve the 95-95-95 fast track targets by the year 2025.

Mrs Angela Trenton-Mbonde, UNAIDS country director encouraged the media to use its platforms to help reduce stigmatization in the country. She said, HIV/AIDS epidemic is not over; therefore there is the need to intensify efforts in educating the public to prevent the spread and stigmatization of persons living with HIV.