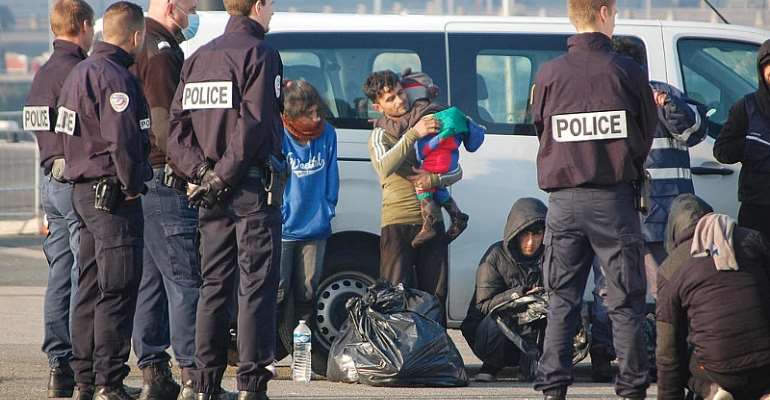 A senior British official has said many migrants crossing the Channel from France to Britain in unsafe boats don't know where they are when they disembark and "don't even want to come to the UK”.

"We hear a lot of stories about migrants who are literally forced onto boats, have no idea where they are when they get to the UK, because the facilitators don't get paid until they've done that last leg of the journey,” according to Channel security chief, Dan O'Mahoney, referring to the traffickers who organise the crossings.

The former Royal Marine and maritime expert, recently appointed by the UK Home Office to deal with the “clandestine Channel threat”, appeared before a committee of British MPs.

O'Mahoney told the committee that the French authorities were "as committed as we are" to dealing with the problem, and had prevented 3,000 people from making the crossing so far this year, including almost 200 on Wednesday alone.

In spite of this, Wednesday saw a record 416 migrants cross the Channel from France to the UK in small boats.

Cooperation between the two countries has been reinforced since French Interior Minister Gerald Darmanin and UK Home Secretary Priti Patel set up a new joint intelligence unit in mid-July. A special team of six French and six British police officers now works specifically on tracking people-traffickers and their operations.

As part of efforts to deal with the problem, social media companies have been asked to close accounts belonging to traffickers.

Rob Jones of Britain's National Crime Agency said on Thursday that, of the 1,200 accounts signalled to them by police, only 578 have so far been blocked.

Despite Dan O'Mahoney's claim that many migrants end up in Britain without even knowing where they are, numerous interviews with migrants in recent years reveal many who are determined to reach the UK.

Some hope to join relatives in Britain while others are attracted to the country because they speak the language and hope to find jobs there more easily than in France.

He complained to British MPs last week about a “huge misinformation campaign” peddled by people traffickers who, he said, told migrants “the streets were paved with gold”.

The reality is that most such migrants will not be given asylum or the right to work in the UK as refugees but instead will be categorised as illegal economic immigrants.

Abi Tierney, director general of UK visas and immigration at the Home Office, said 98 percent of migrants who cross the Channel apply for asylum.

About half of this year's applications have been considered, she said and 71 percent have been rejected on the basis that the UK was not the responsible country, as the migrants had travelled firstly through a safe country [such as France, Italy or Greece] before arriving in the UK.

Under EU rules, which still apply in the UK, an applicant seeking asylum, deemed to be fleeing persecution or danger, is expected to lodge an application in the first safe country reached. Asylum applications are usually refused by countries if the applicants are judged not to be in need of asylum but instead to be economic migrants

Tierney noted that France, Germany, Italy and Greece accepted a much larger proportion of asylum seekers than the UK.

The French government regularly clears the makeshift camps in the northern port city of Calais in response to complaints from local people about conditions, as well as worries about safety and crime. When the camps are dismantled, the migrants are bused by authorities to accommodation centres where they can apply for political asylum in France, or to immigration detention centres.

The problem is that large numbers of those bussed to such accommodation, fearful of having their asylum applications rejected in France or simply determined to head for Britain, leave within days and head back to Calais.

After the camps were cleared on 10 July, voluntary associations caring for migrants said nearly half of them were back the next day . . . and more had returned since.