My Convoy Not Involved In Accident — Jane Naana 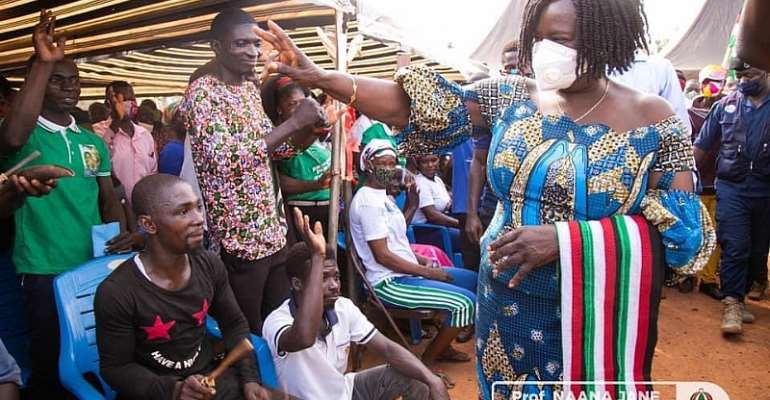 The opposition National Democratic Congress’ Vice Presidential candidate Prof. Jane Naana Opoku-Agyemang has debunked reports her convoy has been involved in an accident.

There were social media reports that the accident occurred in Sefwi Wiaso in the Western North Region on Friday evening.

But in a Facebook post, the NDC's running mate has described as fake the reports on social media.

"My convoy has not been involved in an accident. Kindly ignore the fake news. My team and I are all fine and very thankful to the good people of the Western North Region for their warm and mammoth reception during this four day tour. Victory shall be ours. #JMandJane2020," the Facebook post.

The NDC Vice Presidential candidate has been in the Western North Region on a four-day campaign tour to canvass for votes for her party ahead of the December 7 election.