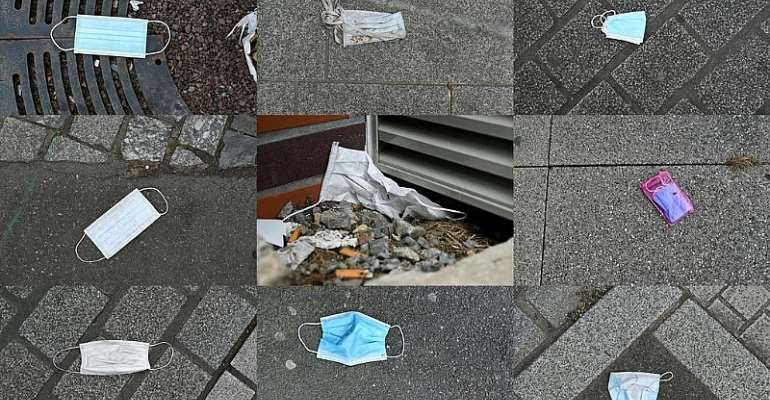 France has made the wearing of face masks in public a key tool in fighting Covid-19. The French now use – and throw away – some 50 million disposable masks every week, littering streets, countrysides and waterways. Plaxtil, a French startup, has found an innovative way to stop that source of pollution.

Since it became compulsory to wear face masks in France in enclosed public spaces, and also on the streets in cities like Paris, Marseille and Nice, they are now part of everyday life.

The most popular masks are the single-use surgical ones, thought to be the most effective in reducing the risk of transmitting the virus.

But they've become an environmental issue as people throw them away on the pavement, in gutters, forests and into rivers and canals.

Made out of a plastic called polypropylene, they are not biodegradable and according to consumers association ADEIC could take up to 450 years to decompose in landfill.

Considered as potentially toxic waste, recycling is complicated and far from widespread.

But French startup, Plaxtil, has taken up the challenge.

Based in Châtellerault, western France, the company specialises in recycling clothes by turning them into a plastic-like material also known as Plaxtil.

When the Covid-19 pandemic hit, it moved over to up-cycling masks.

“We said to ourselves that this form of pollution isn't inevitable,” Plaxtil co-founder Olivier Civil told RFI. “We can control it and recycle the masks.”

Since June, it has recycled more than 50,000, transforming what is potentially hazardous waste into useful products such as visors.

Their innovative process begins by collecting the masks from the 50 collection points across town, many of which are in supermarkets.

The masks then spend 15 days in quarantine in a hangar “where no one touches them, so there's no risk,” Clerc said.

Her job is then to cut out the metal strip at the top which allows you to shape the mask to your nose, before the mechanised part of the process begins.

The material is then shredded into strips, ground down into small pieces, and decontaminated using ultraviolet light.

"Once this fully decontaminated material has come out of the ultraviolet ray tunnel, we mix it with a binding agent to make a paste, and that gives us Plaxtil,” Civil explained showing RFI the production chain.

“It's our very own manufacturing process, allowing us to transform this very light and volatile textile and end up with a hard material that can be moulded, and replace conventional plastic," Civil said.

For the moment Plaxtil is turning the masks into products like plastic visors, mask fasteners and storage boxes which are particularly useful while the virus is circulating.

But ultimately it hopes to be able to make an array of different objects and commercialise its technology as part of the growing circular economy.

There's a big market out there after all: by the end of the year France is going to double its production of single-use face masks to 100 million per week.