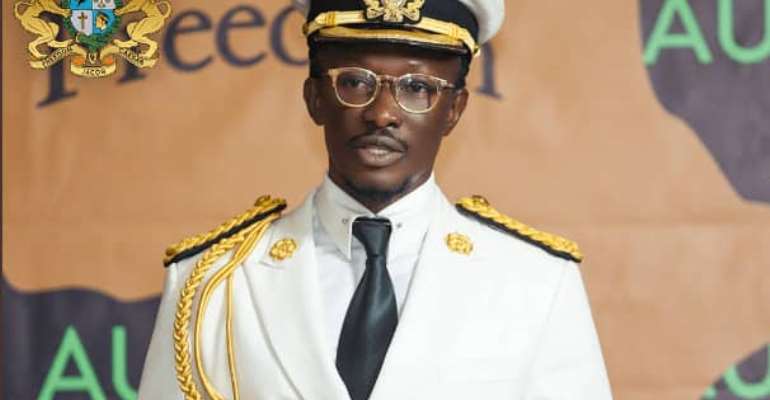 The Chief Executive Officer of the Freedom Movement, Freedom Jacob Caesar also known as Nana Kwame Bediako during a zoom press conference has called on Africans to take charge of their affairs in order to change the continent's narrative to ensure a holistic and accelerated development through consensus building.

According to Cheddar as affectingly called, the continent over the decades has been portrayed in a negative light, which he believes the youth have the potential to set the record straight through effective leadership and the will power to go beyond the ordinary.

The Zoom conference which connected other media personnel from Africa, "THE PRINCE OF AFRICA" as known by some, highlighted some initiatives set to be undertaken by the Movement with the aim of boosting the morale of Africans to strive for excellence.

He stated that it is time for Africans to promote and support their own talents to the world.

“I see it as a huge gap. We Africans, media moguls, business entrepreneurs, visionaries, and all of that must work on bridging that gap. That is one of the doors I would like to open,” he added.

As part of the upcoming projects is a documentary dubbed The African Dream (The man with the audacity to build The New Africa) set to push the boundaries of youth continental on the continental front.

He further noted that the current happenings surrounding this year have presented the fixable way for the African youth to spring into the future with great prospects.

“Going forward in 2020, the world has opened widely in the sense that technology is providing them with speed,” he said.

He also reiterated the need for a vibrant youth to effect the change that Africa seeks to see.

“I’m just a blueprint of what I believe Africa has been lacking in the past century in terms of being a visionary, an industrialist and entrepreneur, and being able to cross the boundaries with the continent.”

“I want to be able to share this template with most Africans… I support the African dream with the proof of my own achievement and how I have turned an organisation around to build an empire out of that by just being in Africa.”

Freedom Jacob Caesar is also expected in the coming weeks to roll out a podcast to share insights on the intricacies of life and sharing experiences that will uplift the African populace in all facets of life.