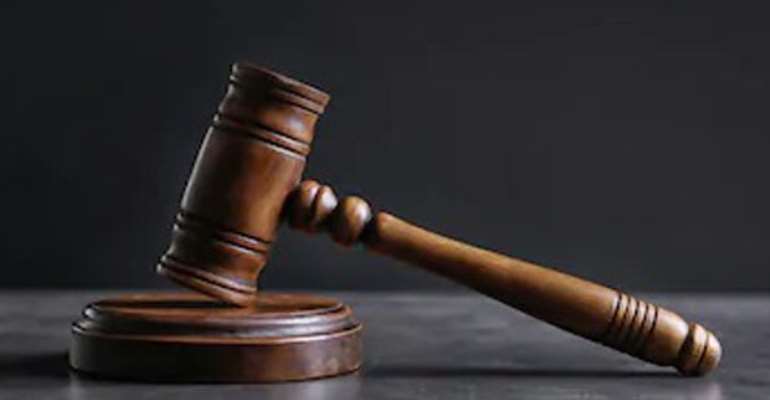 Kwaku Oduro, a driver who allegedly inflicted deep cutlass wounds on his colleague and snatched his Daewoo-Matiz taxi at gun point at Anyaa in Accra, has appeared before an Accra Circuit Court.

The accused told the Police that he and his accomplices had sold the vehicle to one Alhaji for GHS6,000 of which he made part payment of GHS3,000.

He was admitted to bail in the sum of GHS50,000 with three sureties, one to be a public officer.

The Court presided over by Evelyn Asamoah ordered prosecution to serve the accused person with disclosures before September 25.

The matter had been adjourned to September 29.

Meanwhile, his accomplice whose name was given as Don, was said to be at large.

Inspector Eric Pobee, who led prosecution, narrated that the complainant was Stephen Okyere, a driver in charge of GG 2291-20.

Prosecution said on August 29, this year, the complainant was stopped by Oduro at Akweteyman footbridge and he asked the complainant to take him to Anyaa Deeper Life area to meet his friend.

On their way, prosecution said Oduro called his friend on phone to meet him at Deeper Life area at Anyaa, saying that the said friend could pay for his taxi fare.

When they arrived at Deeper Life Area, Prosecution said Oduro and his friends attacked the complainant with a cutlass, sustaining deep cuts on his shoulder in the process.

The accused and his accomplices also pulled out a locally manufactured pistol and snatched the complainant's vehicle. The complainant later reported the matter to the Police.

Prosecution said on August 31, this year, Oduro attempted to rob another driver at the same location but the said driver managed to drive him to the Police Station and a report was made.

According to prosecution, the complainant who was then at the Police station, identified Oduro as the one who robbed him at the same location.

Inspector Pobee said Oduro in his caution statement admitted the offence and mentioned Don and Sariki as his accomplices.

Prosecution further stated that they sold the vehicle one Alhaji at Dansoman for GHS6,000 but the said Alhaji has made part payment of GHS3,000.

“Accused also stated that they met the said Alhaji at a Hotel. Efforts are being made to arrest the accomplice and they said buyer,” prosecution added.

Tunisians in largest rally against president's 'coup'
12 minutes ago