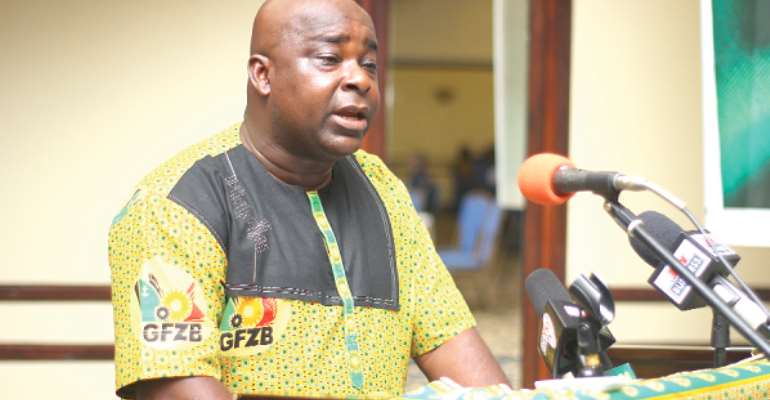 Mr Michael Okyere Baafi, Chief Executive of the Ghana Free Zones Authority (GFZA) has revealed that the organization has set up a new Debt Collection System to retrieve all the monies owed the company.

Besides, the organization has also put in place measures to setup a new Credit Control Unit and a task force to recover and manage the debt owed the GFZA.

“As I am talking to you now, we have been able to collect the chunk of the money with some of them left, but those are companies not actively operating as Free Zones companies.”

Mr Baafi made the revelation when he appeared before the Public Account Committee (PAC) of Parliament, which was considering the 2017 Auditor General's Report on Ministries, Departments and Agencies (MMDAs).

Mr Samuel Nartey George, Member of Parliament (MP) for Ningo-Prampram during the PAC sitting of also inquired from Mr Baafi whether an amount of US$150,853 being the ground rent and annual licensing fee renewals as well as a total of US$733,789 and GHC271,600 owed as premium on land or power supply in 2015 has been recovered?

Mr Baafi also explained that when they took over the management of the organization, they realized that the credit control and debt collection systems were weak and most of the debt owed them was not paid because they did not have good strategies to retrieve the monies.

He said as an organization they decide to setup a new system to recover all the monies owed the Ghana Free Zones Authority.

He said even though some companies were capable of paying for their debts, but were either refusing or delaying in paying because they thought it was not necessary.

Mr Baafi also announced that the GFZA is working to delist companies that were not actively operating as Free Zones companies from the concept.

He said at the last board meeting the officials gave the organization the go ahead to delist companies that were inactive.

He explained that the inactive companies still had their outstanding balances on their books, which were not good for them, saying that they had to delist them to have a clean sheet.

He announced that the organization had prepared letters to serve notices to the inactive companies that were to be delisted from the Free Zones.

“As am speaking to you now, the letters are ready and by next week we would serve them notice,” he added.