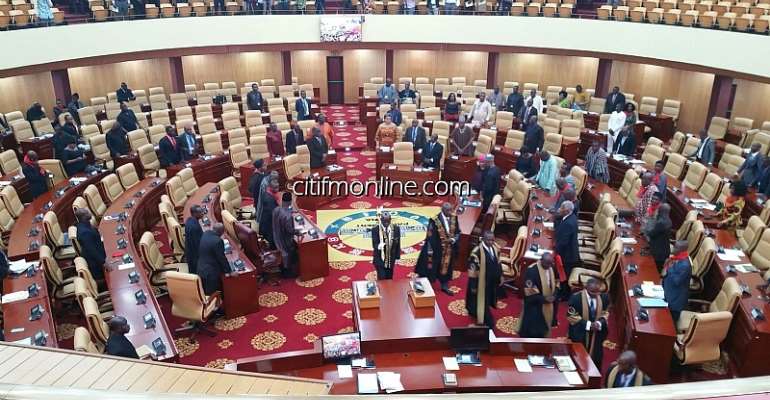 Of what relevance is parliament and our democracy if the minority has no impart in delicate decision making pertaining to the affairs of the country!

It is imperative and instructive to note that, majority of citizens who voted to make a president/government metamorphosis to the minority who did not vote for that government for the purpose of holding government accountable for good governance to which we must all be involved.

We must not always cite with the majority in parliament,they may ve the tendercies to derail and destroy our country.

But is the opposition minority?

The current narrative in the country and African democracy directs that, decisions should be taken and implemented by the majority in parliament to favor what I describe as the minority(few) people on the grounds.That is a fragile and fraudulent DEMOCRACY. The opposition comprises of all citizens thus it is the majority in all aspects.

The minority in parliament who are majority on the face of the masses should be characterised as government at the other hand.

Government must not be centred on the incumbent maneuvering the affairs of the country like a pendulum.

The relevance of the minority in government will ensure all inclusiveness and equity in governance. It will also ensure fairness and transparency. This is the true government by the people and for the people.

Parliamentary debates must include the majority (minority) and citizens outside parliament before a resolute consensus is reached .This should be how our democracy must look like.

More Feature Article
ModernGhana Links
Democracy Stuck Between Eastern & Western Talibans
Flashback 2016, Stealing Rosewood, Rasputin, Hooting in Conakry and Bedlam…
The fear of God is the praxis of foolishness
The blood of Jesus
Nana Addo should embrace John Mahama’s “Do or Die”
Can Ghanaians Ever Remove a President from Office Under the 1992 Constitution? - Episode 2
This Is Life
Book Review: Permission to Work – Dr Oheneba Akyeampong tells his life story
Ogboro’s Take On The Coup D’état In Guinea!
TOP STORIES