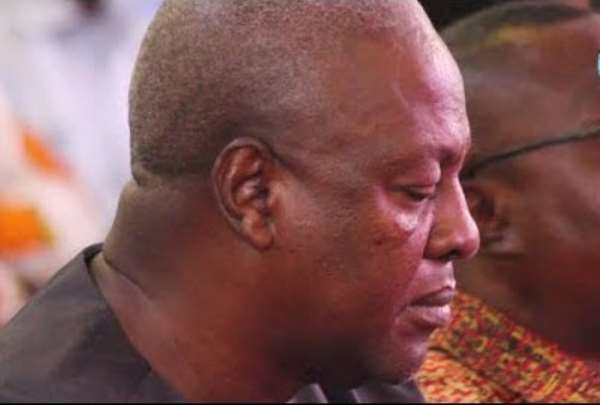 The Ministry of Special Initiative Development says former President John Mahama has been bewildered by the success of the One-Village one-dam programme hence making baseless claims about the programme.

The ex-President has chided the Akufo Addo government for what he says is the wasting of taxpayers’ money on a failed one-village one-dam project.

Addressing the Manwe Naa and his people in the Upper West Region as part of his campaign tour, Mr Mahama stated that even the dugouts that have been constructed instead of dams as promised by the government have been poorly done and serve no purpose.

“…The promises sounded very good and Ghanaians said let’s give them a try. Today the dams that they talked about are dugouts they are not even proper dugouts because most of our dugouts are able to keep water during dry season. These dugouts when the Minority went to inspect them in January-February most of them were dry. Even a few cows can drink all the water in the one-village one-dam dugouts. So the one-village one-dam has been a monumental waste of taxpayers’ money. We dug dams under GSOP, they should go and see the dams we dug, massive, holding water throughout the year and good for irrigation purposes.”

But responding to Mr Mahama’s claims in an interview with Kasapa News Pomaa Kyekyeku, the Head of Communications at the Ministry of Special Initiative Development, Moro Kabore refuted the claims insisting that earth dams have been constructed and not dugouts.

“As I speak to you close to 400 earth dams have been completed. The success of the one-village one-dam programme has dazed ex-President Mahama, I’m sure he does not mean what he said. December 7 election is approaching and so since Mr Mahama has no message, all he has to do is to condemn the good work of the Akufo Addo government. The beneficiaries of the dams that have been constructed will determine if what has been provided for them is a dam or a dugout and if it has been of use to them or not. I’m not sure it’s Mr Mahama who has to do the talking, he should let the residents themselves make that decision.”

Moro Kabore was confident that by end of November 2020, all the 560 small earth dams promised by the New Patriotic Party(NPP) would have been completed.