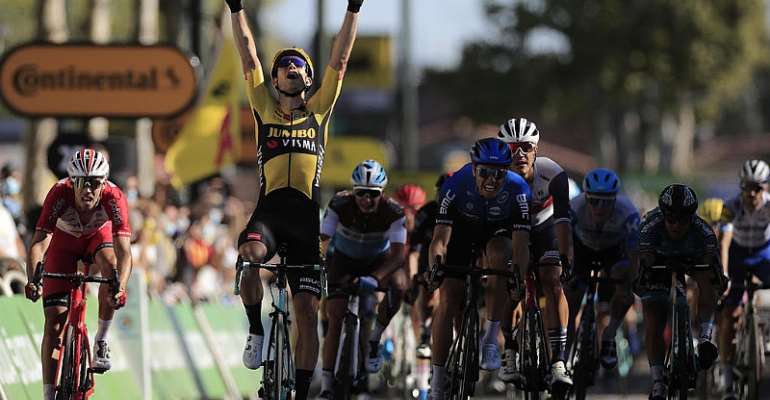 Wout van Aert won the end of race sprint to add the seventh stage of the 2020 Tour de France to his victory two days ago in Privas.

The 25-year-old Jumbo-Visma rider finished the wind lashed stretch between Millau and Lavaur in southern France in three hours, 32 minutes and three seconds.

"I'm really proud of this one," said van Aert. "Straight from the gun it was hard. I thought it would be a shame not to give it a try in a small bunch sprint. I was able to get some slipstream. It was a good day and a good finish."

Primoz Roglic is three seconds behind the Mitchelton-Scott rider and the Frenchman Guillaume Martin is third.

The race, which began in Nice on 29 August, culminates on the Champs Elysées in Paris on 20 September.