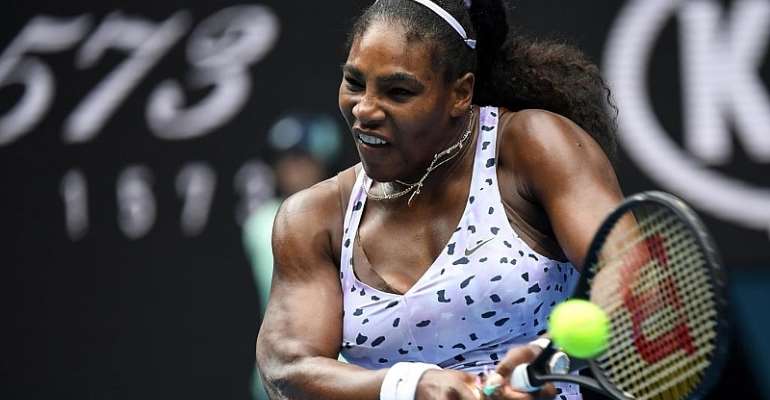 The 38-year-old swept through the first set but stuttered in the second when she twice lost her serve.

But she hit back both times before Gasparyan could create momentum.

"I'm just happy to get through it and try to focus on the next round," said Williams, who will take on the 2017 champion Sloane Stephens in the third round after she cruised past Olga Govortsova 6-2, 6-2.

Quest for record
Williams, who is seeking a record-equalling 24th Grand Slam singles title, holds a 5-1 lead over Stephens in their head-to-heads but the duo have not played since 2013.

“Sloane is such a good player," said Williams. "She plays so smooth. She looks like it doesn't take a lot of energy then, bam, there's five winners. She's obviously won here before and she's beaten me before, so she knows how to play well."

Second seed Sofia Kenin continued her impressive form with a 6-4, 6-3 victory over Leylah Fernandez from Canada to progress to the third round.

Kenin, who won the Australian Open in February, is yet to drop a set at Flushing Meadows.

"I feel like I found a groove," said the 21-year-old American. "I'm really focused on every shot."

MMDCE appointments shouldn't be seen as job for the boys' - ...
10 minutes ago

MPs don't construct roads; 'masa' my party is not in governm...
55 minutes ago