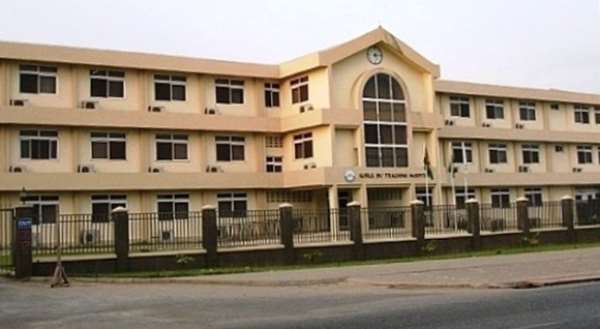 Dr. Opoku Ware Ampomah has been appointed to takeover as the new Chief Executive Officer of the Korle Bu Teaching Hospital.

This was made known in a letter the Presidency wrote to the Minister of Health, signed by Nana Bediatuo Asante, Secretary to the President and sighted by citinewsroom.com.

“The President of the Republic has nominated Dr. Opoku Ware Ampomah for appointment as the Chief Executive of the Korle-Bu Teaching Hospital.”

The Presidency further directed the Minister of Health, Kwaku Agyemang-Manu, to take the “necessary steps to regularise the said appointment in accordance with the relevant provisions of the Ghana Health Service and the Teaching Hospitals Act, 1996 (Act 525).”

Dr. Ampomah takes over from Dr. Daniel Asare whose tenure of office ended on September 3, 2020.

“The Board of Korle Bu Teaching Hospital wishes to inform its cherished staff and the general public that the term of office of Dr. Daniel Asare, the Chief Executive Officer (CEO) of the Hospital, comes to an end with effect from 3rd September 2020,” the Board of the Hospital added in an earlier statement.

The statement, signed by the Acting Board Chairman of the Hospital, Jerry Ahmed Shaib, asked Dr. Ali Samba, the Director of Medical Affairs, to act as CEO of the hospital until a substantive appointment is made.

Dr. Opoku Ware Ampomah is a Consultant Plastic Surgeon and the Director of the National Reconstructive Plastic Surgery and Burns Centre at the Korle Bu Teaching Hospital.

Dr Ampomah completed his primary education at the Ministry of Health Basic School at Korle-Bu in 1982. He had his secondary education at the Presbyterian Boys Secondary School, Legon where he won an award as the Best O-Level Science Scholar in 1987.

He completed his GCE A-Levels at the same school in 1989, did a year’s national service as a tutor at his alma mater, and proceeded to the University of Ghana Medical School in October 1990.

He graduated from the University of Ghana Medical School in April 1997 and started work at the Korle-Bu Teaching Hospital as a Houseman in the same month. He has served in several clinical departments.

With sponsorship from International Reconstructive Plastic Surgery (now Resurge Africa), a Scottish charity that aims at training and equiping surgeons in West Africa to carry out Reconstructive Surgery without the need of overseas financial or personnel help, he undertook further postgraduate training in Plastic Surgery from December 2005 to March 2008 at the renowned Canniesburn Plastic Surgery Unit of the Glasgow Royal Infirmary in Scotland.

In November 2006, he passed rigorous examinations and obtained his Membership of The Royal College of Physicians and Surgeons, Glasgow. In March 2008, in record time, he became the first West Africa-based practitioner to obtain the Intercollegiate Fellowship of the Royal Colleges of Surgeons, UK, in the Speciality of Plastic Surgery, and one of only a handful of Africans to obtain this distinction via examination.

Dedicated to his country, he returned to Ghana in April 2008 and has been at post since. In December 2011, he was elected a Fellow of the Ghana College of Physicians and Surgeons. Although he has a wide scope of practice, his interests are Burns, Trauma, Microsurgery and Cosmetic Surgery.