Our Manifesto Has No Empty Promises — Jane Naana 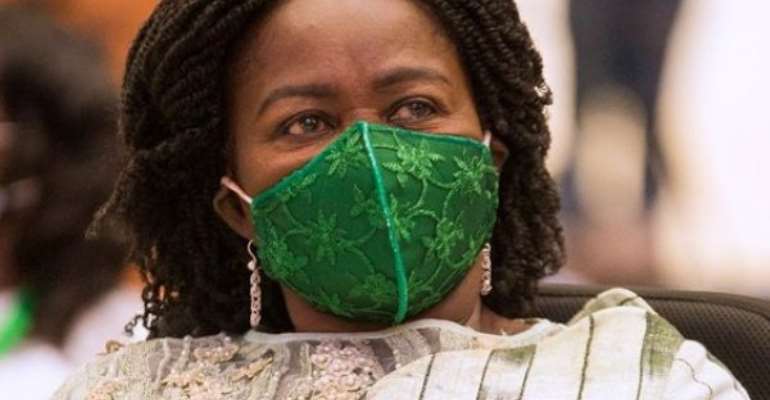 Professor Jane Naana Opoku-Agyemang, Vice Presidential candidate of the National Democratic Congress (NDC), has described the party's 2020 manifesto as a realistic and human-centred plan carefully designed to address the needs of Ghanaians.

According to her, the NDC manifesto, which is to be launched on September 7, is without “empty promises,” but well-tailored programmes to enable the citizenry to achieve their aspirations in a progressive and prosperous nation."

Addressing the chiefs and people of Bekwai as part of her campaign tour of the Western North region, Prof. Opoku-Agyemang explained that the party took time to hold broader consultations across the country to ensure that manifesto covered all critical issues of Ghanaians.

“Developing a manifesto is not about gathering some 10 people in a room to write a document on what they think the people need. You end up with misplaced priorities and empty promises.

“The question is, who are you doing it for, and what are the people saying are their actual needs and wants?”.

Giving a glimpse of the manifesto programme on education, for instance, she said Technical and Vocational Education Training (TVET) would be enhanced with support from the $10billion “Big Push” agenda President John Mahama announced to fast track infrastructural development across key sectors of the economy, when the NDC returns to power.

That, she added, would make TVET more attractive and accessible to the youth to address youth unemployment in a proactive manner.

The plan for enhanced TVET, she explained, fed into the objective of upgrading polytechnics to technical universities, envisaged under the previous NDC administration.

Prof. Opoku-Agyemang thanked the chiefs and people of the area for the warm reception and urged them to vote for the NDC for meaningful national development.

She also called on all Ghanaians desirous to vote for the NDC to rescue the country from further destruction.