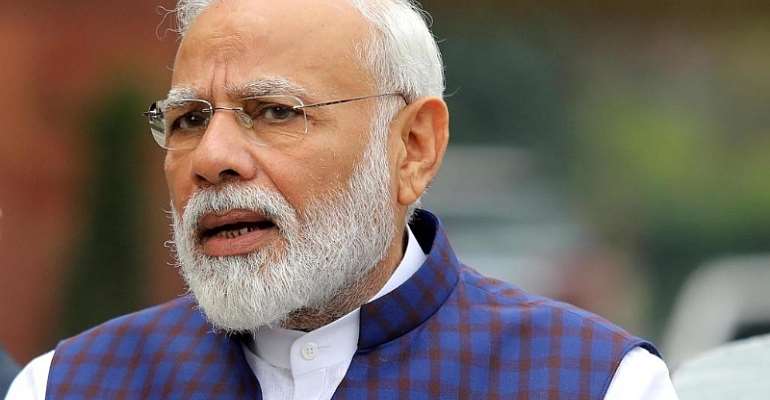 India's Prime Minister Narendra Modi has said India is a perfect destination for investors as his government further eased restrictions to prop up the economy which shrunk by almost a quarter during the fast-spreading pandemic.

"It is a government, for which ease of living is as important as the ease of doing business," the Indian leader said through video-conference.

“Be it America or the Gulf, be it Europe or Australia – the world believes in us,” he added.

The comments were the prime minister's first public statement since India earlier this week reported its economy shrunk by record 23.9 percent during the months of April-June, compared to last year.

Experts blamed the steepest contraction in 24 years on the debilitating impact of the nationwide lockdown imposed late March. Investment nosedived by 47 percent while consumer spending dipped even though India began easing the lockdown of its 1.3 billion people in May.

The worst-hit were travel, tourism and hospitality sectors, some of the largest employers in India's job market.

The restrictions temporarily delayed the spread of the virus in crowded cities, before it crept into the vast countryside.

The International Monetary Fund's chief economist Gita Gopinath on Wednesday said India's gross domestic product, or GDP, was the most affected among the G20 countries.

"The global economy has taken a hit, India is not isolated. India is seeing a V-shaped recovery, agriculture has seen an uptick and it will continue to do so," media quoted him as saying.

But Subramanian's government faced yet another challenge.

India meanwhile posted 83,883 new coronavirus infections and 1,043 deaths in the 24 hours to Friday, which takes its Covid-19 infection tally past 3.9 million.

It was India's highest single-day spike in infections.

Despite the surge, public restrictions will be further eased from Monday to restore economic activity, officials said, but some states have decided to hold on to the restrictions.

Market experts such as Deep Kalra, chairman of online travel company MakeMyTrip called for the rules to be relaxed, in order to bring customers back on the streets.

“By keeping some cities shut and some open, some states having quarantine requirements and some not, we have actually crippled customer confidence,” Kalra told television on Thursday.

Indian health officials say over three million – or 77 percent – of victims have recovered from the coronavirus, marking one of the world's lowest mortality rates.

The government is testing 1.1 million people daily for the virus, up from just 10 tests a day in late January.