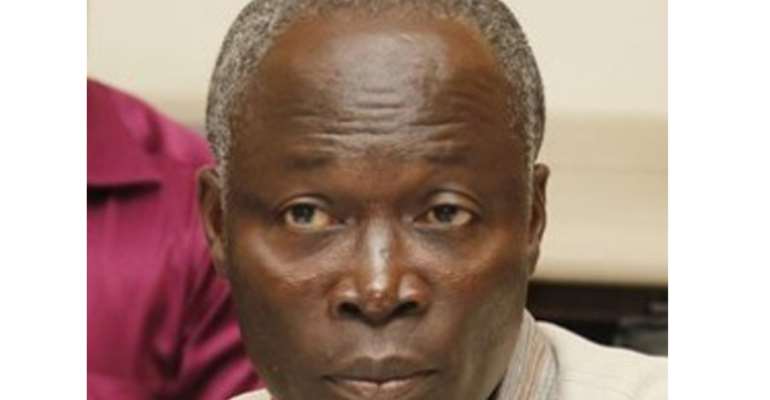 The feature of machete-wielding thugs parading some streets of the Odododiodoo Constituency in Accra during a voter registration exercise, not the last one, comes to our mind.

It happened when the NDC was at the helm and others were managing the Electoral Commission (EC).

Nii Lante Vanderpuiye, the man who allegedly organised the thugs at the time, said the traders at Kantamanto—targets of the hoodlums engaged for the machete-wielding operation—did not live in the constituency and so should not be allowed to register let alone vote there. The impunity was smelly and observers could not believe what was unfolding on the political plane.

It was clear that Akan speakers were tagged, because in Nii Lante's reckoning, the Kantamanto traders were going to vote against the NDC; hence, the orchestrated effort at stopping persons belonging to that ethnic grouping from registering in the constituency under review.

It sounded crude and cheap yet nothing, absolutely nothing could be done in the direction of restoring sense in what was, of course, a show of imbecility in an otherwise civilized society.

Gratefully, another voter registration exercise has come and gone and no machete was wielded as was the case during the previous political administration and we must add, when a different set of managers were managing election matters in the country.

Emerging details show that some of the hoodlums who allegedly assaulted Nii Lante saw action during the attack on the Kantamanto traders.

It would appear that when the NDC is in power there is an aggravated instance of violence and general lawlessness. Once upon a time, the former President now flagbearer boasted about the violent antecedents of the NDC.

It is baffling that those who wielded the machete and stopped people the MP did not want to be registered were not apprehended. A few people were injured but they have not been served justice so many years since it happened. They would certainly not be served justice; the case having joined others on the dusty shelves of the relevant state agency.

How we wish Nii Lante Vanderpuiye could address this query of how his boys descended upon other citizens of the country in a crazy bid to prevent them from registering. Such a response will assist us to understand more about what constitutes political violence and how impunity is a major factor in its perpetration.

We may not get an answer. We have learnt though that he has reported an assault case against some persons. What a world! The boys he sent to assault others have turned the guns against him.

While we kick against such acts of brutality against individuals regardless of their positions in society, we would be quick to add that Nii Lante Vanderpuiye should join hands with others, especially the Ghana Peace Council, to steer politics in Ghana away from the banks of violence as was visited on many persons at Kantamanto.

In a previous editorial 'Avoidable Diplomatic Spat', we wrongly referred to Lai Mohammed as the Foreign Minister. He is rather the Information and Culture Minister. We are sorry for the blunder.