Sovereigns Of The Africa’s Skies Are Dying: The Unfolding Vulture Crisis 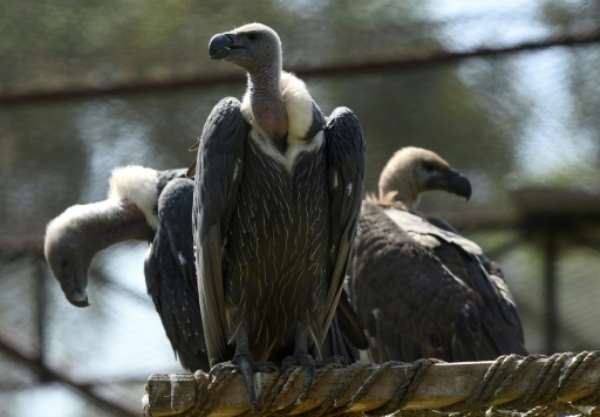 In this age of biodiversity crises, history has shown us that humans are the architects of our own undoing. As we lurch from one predicament to another, from climate change, pollution, pandemics such as COVID-19, never has the impact of human activities on nature been clearer as it is now. Nature is on a dangerous decline, one million animal and plant species are in danger of extinction, a decline that can be exemplified by the case of Africa’s vultures.

As the world marks International Vulture Awareness Day (IVAD) today, a less oft highlighted decline, perhaps Africa’s best-kept biodiversity loss secret is the catastrophic decline of the continent’s vulture populations over the last 50 years. With declines of up to 97 % in some areas, African vultures are faced with the same predicament as the dodo 400 years ago - extinction.

In some African folklore, a vulture is an ominous bird, signifying bad tidings, or even death however; these perceptions are dwarfed by the important role that vultures play in our ecosystems. These birds act as nature’s clean-up crew, removing rotten carcasses from our environment thanks to their unique and unprecedented scavenging capabilities. It is estimated that a single vulture may be worth as much as $11,000 for these clean-up services alone.

Nature abhors a vacuum and the deficit of these important scavengers in the ecosystem, destabilizes the ecological equilibrium, which can have serious social and economic impacts. This was highlighted in the 1990’s when vulture populations in Asia crashed by up to 99% as a result of feeding on cattle carcases containing diclofenac - an anti-inflammatory veterinary drug (NSAID) used to treat livestock, which is highly toxic to vultures. A 2008 study conducted on the human and economic consequences of the Asian vulture crash in India indicates that in the absence of vultures, populations of other undesirable scavengers such as rats and feral dogs could significantly increase, which in turn increased the potential for disease transmission from carcasses and between animals and humans. Indeed, cases of human rabies in India increased, parallel to the vulture declines.

A Convergence of Threats

Poisoning is the biggest threat to vultures across Africa. It accounts for more than 60% of reported vulture mortality and is widespread on the continent. Poisoning comes in two forms – intentional poisoning whereby poachers deliberately kill vultures that signal their illegal activities and unintentional poisoning, whereby vultures fall victim to retaliatory poisoning by livestock owners trying to kill predators preying on their livestock. Conflict between local communities and wildlife, driven by increased human population and weak wildlife legislations is taking a toll on the continent’s vulture populations.

Poaching continues elevating the threat of intentional poisoning of vultures as poachers seek to carry out their illegal activities undetected. In 2019, more than 530 Critically Endangered vultures of five different species died from feeding on two poisoned elephant carcasses in northern Botswana. Additionally, vultures are hunted for traditional beliefs, with their parts used for making charms or traditional medicine. In some communities on the continent particularly in West Africa, it is believed that vultures’ heads contain mystic powers, consequently vulture body parts are often highly sought after, driving them further toward the brink of extinction. In an incident which has been dubbed as the world’s most catastrophic incident of mass vulture poisoning and likely the largest killing of any Critically Endangered bird species, more than 2,000 Critically Endangered Hooded vultures are reported to have died in Guinea-Bissau since late 2019 underlining the precarious situation that these birds find themselves in.

A Wake Up Call

While we contemplate a world without vultures, the onus is on African states to halt their decline. Because of monumental multi-partner efforts, the wheel does not have to be reinvented thanks to the development and adoption of the CMS Vulture Multi-species Action Plan to Conserve African-Eurasian Vultures (Vulture MsAP) , adopted by the Convention of Migratory Species (CMS) Parties in 2017, which aims to reverse vulture declines through multiple cross-cutting interventions across vulture range states.

Innovative solutions heralding a bottom-up approach are needed at the heart of this approach, is engaging local communities in conservation efforts. The need to raise awareness on the importance of vultures is critical. Addressing human-wildlife conflict at a community level, enacting and enforcing stronger wildlife laws that protect vultures, including strict regulation of pesticides used for vulture poisoning and taking actions to stop the illegal trade of vulture parts is imperative. Establishing Vulture Safe Zones (VSZ) across the continent that act as safe havens for vultures, free of key threats such as contaminated food, poisoning and habitat disturbance are also innovative ways in which BirdLife alongside other partners, are striving to halt vulture declines. There is a real need for cooperation and concerted action at a continental level, drawing together all 55 African Union (AU) member states. No effort should be spared to stop the loss of Sovereigns of the Africa’s skies.

The writer is vulture conservation officer at BirdLife International