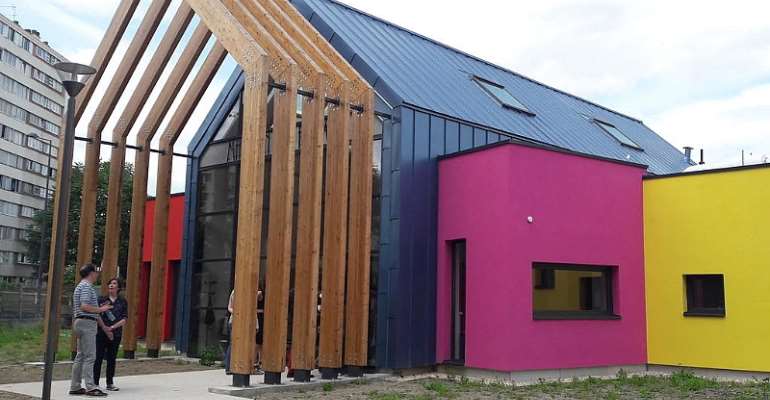 One year ago, the French government opened a series of public consultations to address domestic violence. The initiatives have been slow to get off the ground, particularly in terms of emergency housing, according to women's groups. They are concerned by a rise in cases of abuse and the long term effects of the Covid-19 crisis.

During a visit to the women's shelter La maison des femmes in Saint-Denis in the northern suburbs of Paris, the French Prime Minister Jean Castex announced that the government would allocate funds to create a further 1,000 places for emergency housing for victims of domestic violence.

This adds to the 1,000 places created on 3 September 2019 during a series of public consultations, known as a "grenelle", between government ministers, medical staff, advocacy groups and other.

"This brings us to 6,500 places in total, for women and children," added Minister for Equality Elisabeth Moreno, who added that 15 new centres to house violent partners will open this year, and 15 more in 2021.

Where is the accommodation?

However, women's groups are saying the initial 1,000 places for women have not yet materialised.

To express their disappointment at what they see is a limited roll-out of the new measures, women's groups organised a march in support of victims' families in Paris on Thursday.

"We still don't know where these places were created. Nor if any associations have been able to access them. Even the minister can't say," says Anne-Cécile Mailfert, president of Fondation des Femmes.

Moreno's office responded by insisting the places had been created, and that her staff were in the process of carrying out an audit, which would be ready by the end of November.

Mailfert has raised questions over the type of accommodation that will be made available.

"With emergency accommodation, there is no room for quality follow-up and support," she says. "It's often in a hotel for social services. The woman could find herself in a room next door to a man who has just been released from prison – situations which would be frightening for women."

Femicides on the rise

These concerns come against a backdrop of the crisis brought about by Covid-19, and the marked rise in the number of femicides nationwide.

"The measures in place are still too random, in terms of their application. It all depends on the police, the courts and the department in charge," Frédérique Martz, the director of Women Safe, told RFI, adding that many women don't know about the services available to them.

The coronavirus lockdown period exacerbated difficulties facing women and girls and the organisations who try to help them.

During this time, Martz explains, some violent offenders were released temporarily and allowed to return home, which meant women found themselves confined in dangerous circumstances.

Martz says that structures like Women Safe that help victims of domestic abuse were "completely overwhelmed" during lockdown, despite the government's new measures.

Funding is "sorely needed", she says. But in addition to money for emergency cases, thought needs to be put into the longer term solutions for accommodation – especially when children are involved.

One key problem is that in many cases, women are not owners of their property, so their partners can force them to leave.

Martz agrees with other women's groups: the government's promises have only been partly fulfilled.

Traceability into offenders' criminal past is not adequate, with offences committed in non-European countries not included in their files. "Police don't make connections with past offences, which speaks for itself."

The confiscation of weapons from violent offenders is also only a partial fix, Martz says.

To take the measure further, there have been calls for violent partners to be forced to wear electronic monitoring bracelets. Former minister for equality Marlène Schiappa told France Inter radio on Thursday that this measure would be rolled out in the coming weeks.

Akufo-Addo's response to Aflao Chief was wrong; he must apol...
19 minutes ago

NIA suspends registration at GRA, RGD from October 25
21 minutes ago