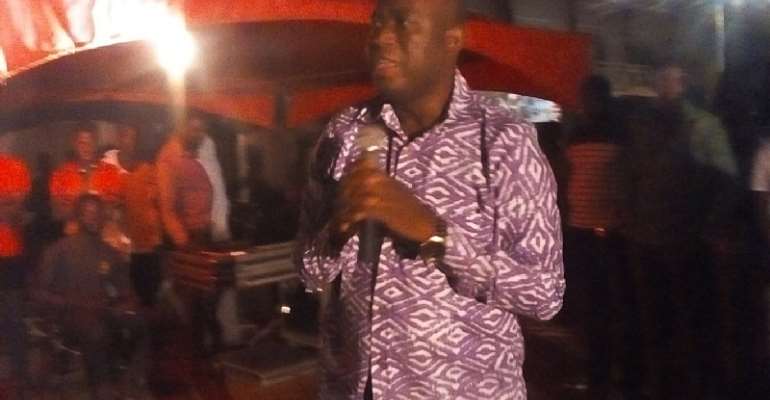 A deputy minister for Local Government and Rural Development, Hon. Collins Ntim has lauded both the Bono East regional minister Hon. Kofi Amoakohene and the Atebubu-Amantin municipal chief executive Mr. Edward Owusu for the high levels of development chalked in the municipality in the little over three and a half years that the current New Patriotic Party government has been in power.

The deputy minister made these observations at a well-attended town hall meeting organized by the municipal assembly to showcase various development projects and programs which is impacting positively on the lives of the people.

“This is the third time I have had to evaluate the activities of this assembly as a deputy minister for Local Government and I must say the MCE has been exceptional,” he said.

Hon. Ntim reiterated the commitment of President Nana Addo Dankwa Akufo-Addo to develop the country hence the various interventions in agriculture, education, employment, livelihoods, industrialization among others adding that district assemblies remain the fulcrum on which the success of all these initiatives revolves.

He said plans are far advanced to introduce coffee, coconut, mango, shea butter, and oil palm under the Planting for Export and Rural Development programme to feed over 60% of industries established under the ‘one district one factory’ initiative which are agro-based creating jobs for the youth as well as generating income for the country in the process.

Hon. Kofi Amoakohene who is also the Member of Parliament for Atebubu-Amantin said the upcoming general elections are about the record of achievements hence the decision to showcase the projects and programs.

He hoped that the people will reward the hard work by voting for the New Patriotic Party in December.

They included inherited uncompleted projects from the previous government which has been completed and those began and completed by the current administration.

A significant number of these projects were funded using internally generated resources which was a source of delight to most people at the event.