“Sakawa and Mafia Boys”? To whom it may concern 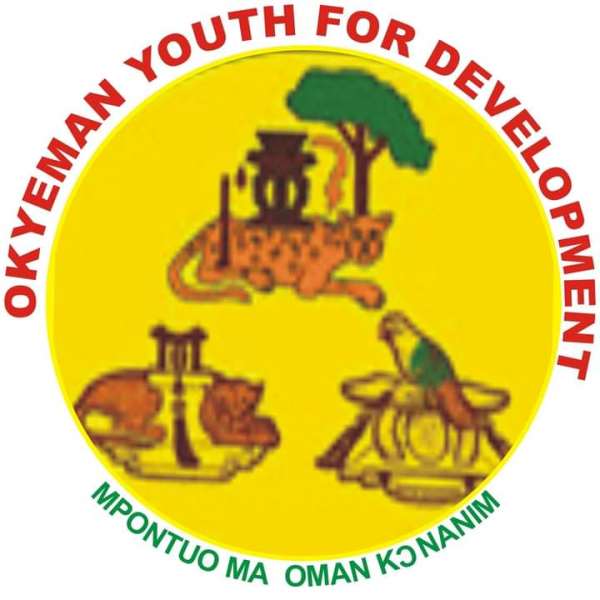 “If you know your history, then you would know where you coming from, then you wouldn't have to ask me, who the heck do I think I am,” Robert Nesta Marley (Bob Marley).

The quote above by one of the world's greatest and legendary musicians Bob Marley ever exemplifies the need and essence of the past. Ones embodiment is a complexity of multifaceted experiences that shapes the person's thought.

A serious predicament of this Generation especially Africans, is their neglect of the past. The past is the mirror for the future but this generation lacks the historical reflection which is an indication and a determinant for the future.

In the last couple of days there's been a "wild" ethnocentric comment which has been credited to some well meaning Ghanaians of National status which sought to describe the Akyem Ethnic group as "Sakawa," a Ghanaian created jargon which means “fraudulent” or a “scammer”. The statement continues to brand the Akyem people as "Mafia" which has a negative connotation of a criminal syndicate.

The achievements and exploits of some AKYEM personalities will settle the score and dispute this erroneous impression and misconception that has been carved out overtime by some "ignorant" people in our society.

To my teeming Akyem Youth who are down spirited and heartbroken, I want you to take a cup of water from the beautiful Birim river sip and start jubilating because your Past and “Contemporary” ancestors left you a legacy and has been solidified by your living Kinsmen. You should be proud and beat your chest out to be associated with the brand “Akyem”.

This is not meant to elevate Akyems above any ethnic group but it is important that we recount the pedestals of their kinsmen (Grandpas) which will serve as a catalyst for the younger generation to strive for perfection.

As a matter of emphasis, this piece will concentrate on the achievements of Descendants of Akyem Abuakwa and in my subsequent release Akyem Bosome, and Kotoku will be recounted in detail.

“Can sakawa boys and mafia boys achieve this feat”?

It will interest you to know that Nana Sir Ofori Atta l (King of Akyem Abuakwa ) who ruled from November ,1912 to August 1943 affectionately known as "Amantiremanmienu" was the first African Traditional ruler to be Knighted , conferred the Title of a "Sir" at the Buckingham palace in 1928. An educated King with impeccable knowledge and was the first African ruler to be honored with a red carpet reception by the Monarch of England. He was subsequently appointed a member of the legislative Council in 1916 and was made the first Chairman of the finance committee of the Legislative Council. Nana Sir Ofori Atta I received 700-ode tributes during his final funeral rites and popular amongst it written by Jonnie Rubbs of the Spectator bestowed on him the title of “ The Gold Coast Man “ and it reads

“The late Nana Sir Ofori I was the Gold Coast Man. He stood in the name of the country in many matters of grave importance affecting it…”

An astute Nationalist whose efforts cannot be deprecated in Gold Coast Politics is Joseph Kyeretwie Boakye Danquah who is known as the "Doyen of Ghana politics". He is a founding member of the UGCC, the first Political party to lead the way for political Emancipation and independence for the Gold Coast people and The United Party. J.B Danquah was as an academician par excellence and was the first African to hold a PhD from a British University. His research in African historical studies led to the adoption of the name “Ghana” which he likened the Gold Coast to a powerful medieval Kingdom that existed in the Western Sudan. The Change he felt was necessary because, after independence, the Colonial name "Gold Gold Coast" was just a geographical description of an area but rather it was important to have a name with originality and historical connection..J.B Danquah was part of the famous “Big Six”. To my Disgruntled Akyem Youth, do not be dismayed by such comments. We can emulate Uncle J.B and achieve more for our elves and our Motherland.

One of our greatest sons is William Ofori Atta. A Nationalist, Academician and also one of the founders of the first Political party thus The UGCC. He was a Minister of education in the second Republic and Also Minister in Charge of Foreign Foreign affairs and a member of the historically christened famous “Big Six”.

Prof.Kofi Amoah Oduro who hails from The head of the Adonten Division in Akyem Abuakwa ,thus Kukurantumi was the First fully qualified Anesthetist in Ghana.

Akyem women have stood tall and also made strides. Dr. Susan Ofori Atta was the first Girls' Prefect of Achimota College and subsequently progressed academically to be acclaimed the first ever Ghanaian woman to qualify as a Medical Doctor. A “sakawa” girl can never achieve such an enviable feat.

In the Security Services Akyem women still made their relevance. Margaret Darkwaah who hails from Akyem Pramkese which is in Odau divison of Akyem Abuakwa was the first ever Assistant Commissioner of Police in Ghana in 1962 and the first police woman in charge of Procurement in Ghana.

Abena Frempomaa Daagye Oduro from Kukurantumi holds an enviable record from the Royal Scottish Geographical Society for her outstanding performance in Geography in 1982.

The exploits of Akyem in the security services cannot be neglected. The security service is one of discipline and integrity.Robert Dokyi Ampaw was the first Ghanaian Inspector of Police with a Bachelors Degree and was an astute lawyer as well.”Sakawa Boys” can never be IGPs.

S S.Omane from Akyem Pramkese was awarded Okyeman Kanea (The highest Award in Okyeman) in 2017.He emerged the best student abroad in his further studies in Britain.

As a police officer, he rose through the Ranks to become an Inspector General of Police in 1983.

Akyems have again distinguished themselves in the Religious space.

Most Reverend Asante Antwi was once a presiding Bishop of the Methodist Church of Ghana.

Still on Religious affairs, Rt.Rev. Kwadwo Sintim Misa was the first Graduate Minister of the Presbyterian Church of Ghana and he served two terms as a moderator.

The first Black person to be appointed to the British Cabinet and Chief Secretary to treasury, Rt. Hon.Paul Boateng is a proud Descendant from Akyem Tafo

The First Ghanaian to establish a private insurance firm in Ghana which has been in existence and chalked several achievements till date, Nana Awuah-Darko Ampem, Founder of Vanguard Assurance is from the Head of the Benkum division in Akyem Abuakwa, Begoro.

The First Ghanaian to head the Alternate Executive Director position at the world Bank is Kwaku Gyasi-Twum from Akyem Abompe and Osino.

Prof.Yaw Asirifi became the first Ghanaian to head the pediatrics Department at Korle Bu teaching hospital and he is a proud son of Okyeman.

Prof.Kankam Twum Barima rose to become a Pro-Vice-Chancellor at the Kwame Nkrumah University of Science and Technology is An Akyem Indigene.

Professor E. Bamfo-Kwakye an academician rose to become the Vice-Chancellor of the Kwame Nkrumah University of Science and Technology from 1974 to 1983. He is a son of Okyeman and comes from Akyem Apinamang.

My Dear Akyem People, never be dismayed by the comments that sought to denigrate our heritage. We are a people with a remarkable achievement from Politics, Academia, Sports, Science, Religion, Security Services etc. Let the exploits of your fore and contemporary fathers motivate you to achieve better than what they have done.

This is just a fragment of personalities from the Akyem Abuakwa Kingdom. Akyem is an institution of Education, Intellectualism, Enlightenment and Progression. Sakawa and Mafia boys are too busy with their laptops seeking spiritual help. Our Forebears made use of the pen and paper to achieve this feat.

And to all those whose works I consulted, I am extremely grateful especially Kwasi Amfo Kwakye.

Let us jealousy guard the volatile peace we have in Ghana for there is only one Ghana.