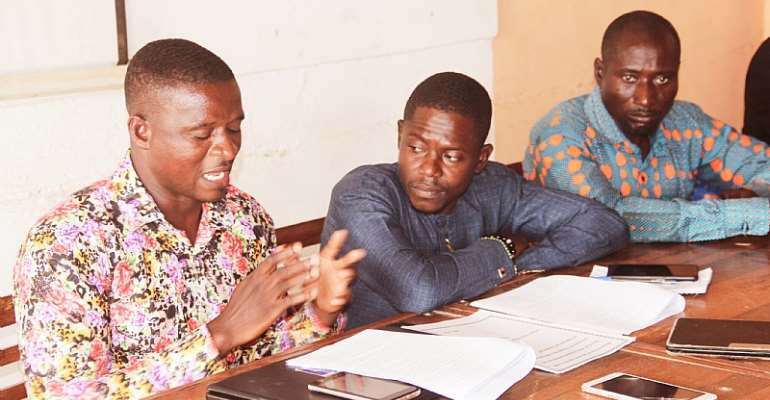 A group calling itself the Concern Citizens of the Tempane Constituency in the Upper East Region have accused Member of Parliament (MP) of the area, Mr Joseph Dindiok Kpemka for claiming ownership of projects initiated under the erstwhile Mahama administration prior to his election as MP in 2016.

The group, at a press conference addressed by its leader, Mr Haruna Asana, called on the MP to apologise to the people of Tempane for claiming the District Assembly's projects which were already in existence under the previous NDC government before he was elected in 2016.

According to the group, the MP, who is also the Deputy Minister for Justice and Attorney General granted an interview to Quality radio, a local station at Garu in April, 2020 indicating that he lobbied and secured approval for 42 communities in the Tempane Constituency to be connected to the national grid.

The MP further indicated that electric poles were loaded in trucks heading to the Constituency at the time where he announced to 42 community members to help dig holes pending arrival of the poles.

Mr Asana describes the claim by the MP as pure lies indicating that several animals had fallen and died in the dug-out holes because the poles never arrived even though some token were allegedly collected from the community members.

Speaking on road constructions in the Constituency, Mr Asana said most roads in the District were awarded on construct and indicated that link roads from Bugri corner to Bugri, Basyonde, Apiilug Junction leading to Woriyanga, Yabrago, Tempane to Y- Junction were for bitumen surfacing among others before the MP assumed office, but took glory for the project.

Mr Asana recalled that the MP stated in a Citi TV interview that he had constructed 120 boreholes across the Constituency from his Common Fund.

He noted that checks by the group at the District Assembly and other relevant information available to them proved otherwise.

Mr Asana intimated that checks at the Assembly indicated that out of 15 boreholes the MP had budgeted to drill, he succeeded in drilling 10.

The group further challenged the MP to publish names of the communities his 120 boreholes are located as well as evidence to suggest same for roads.

Below is full press statement: 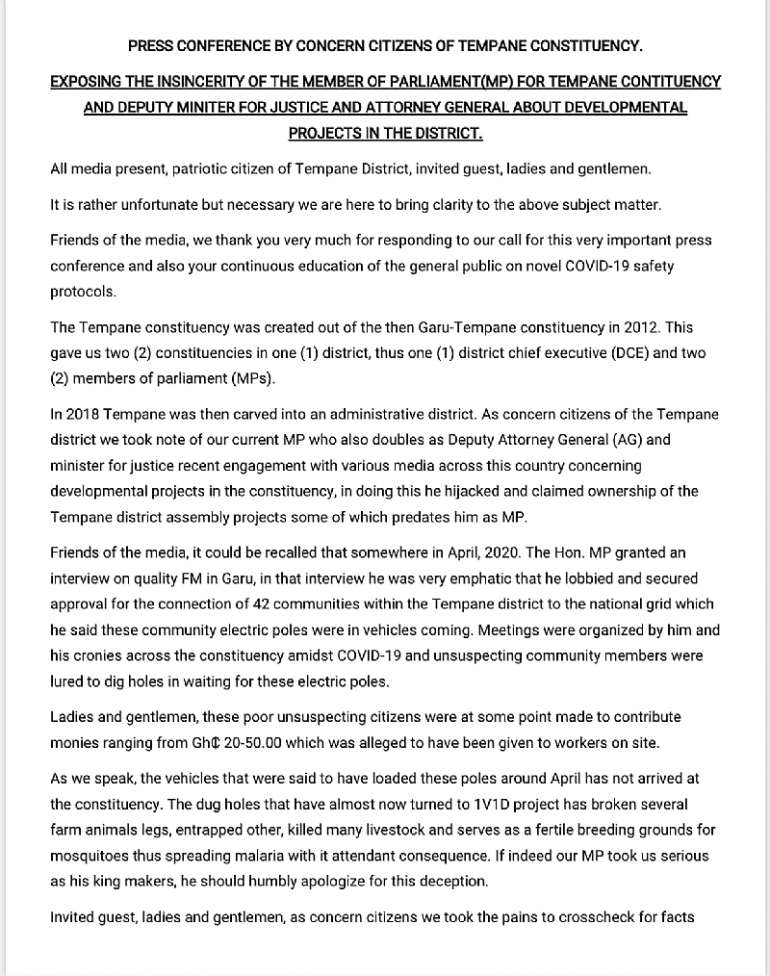 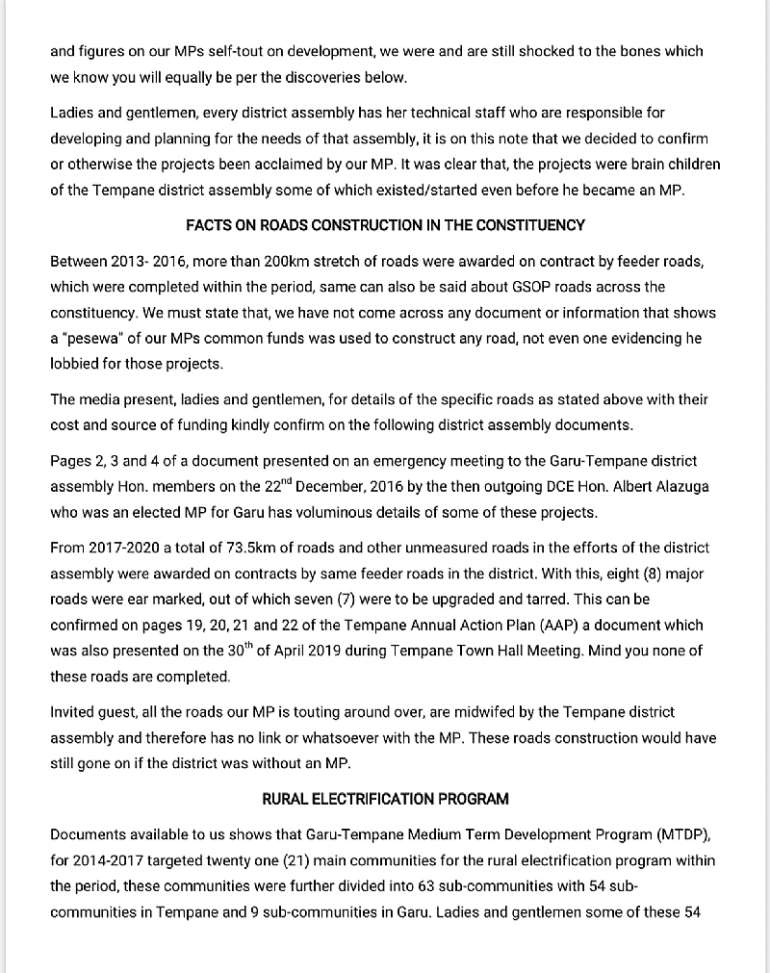 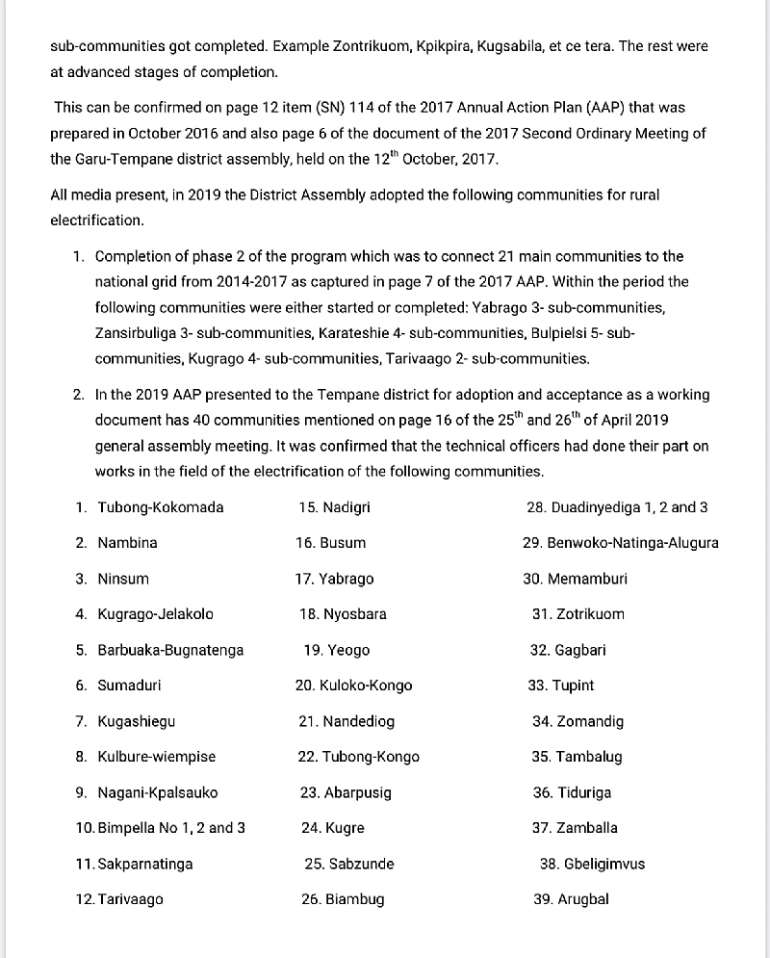 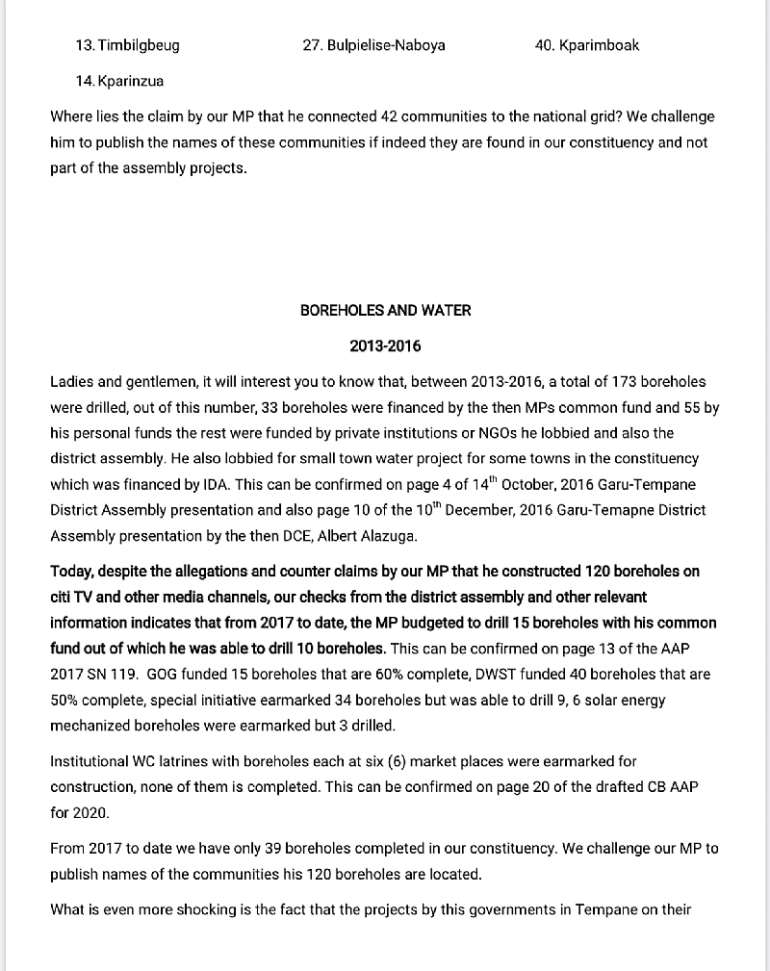 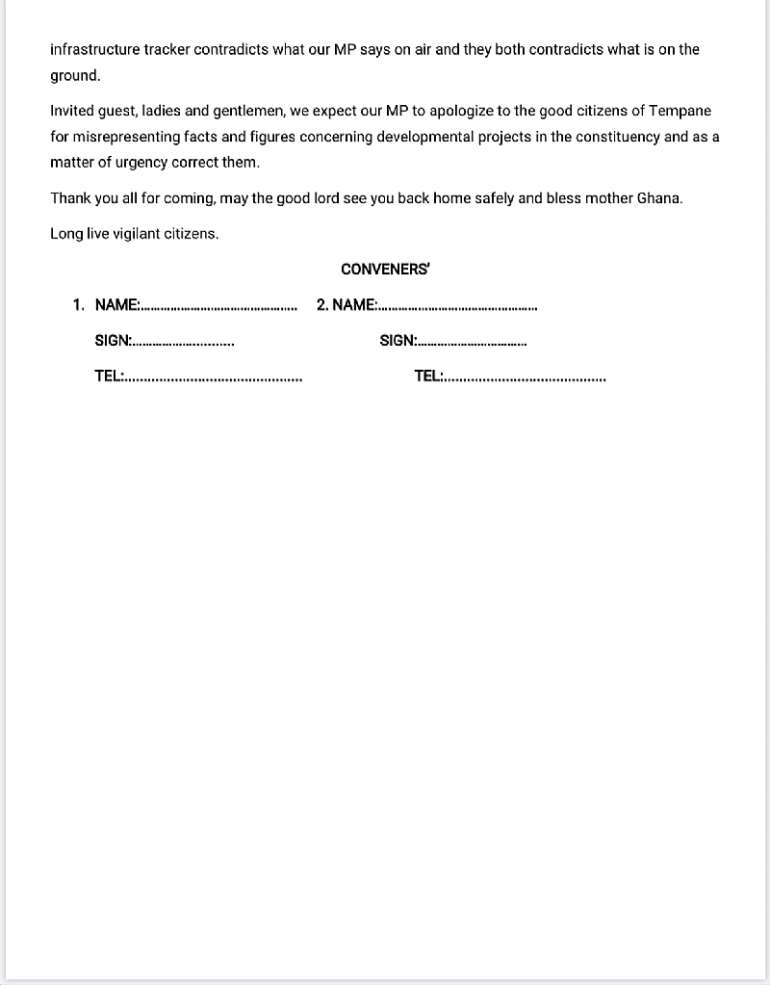