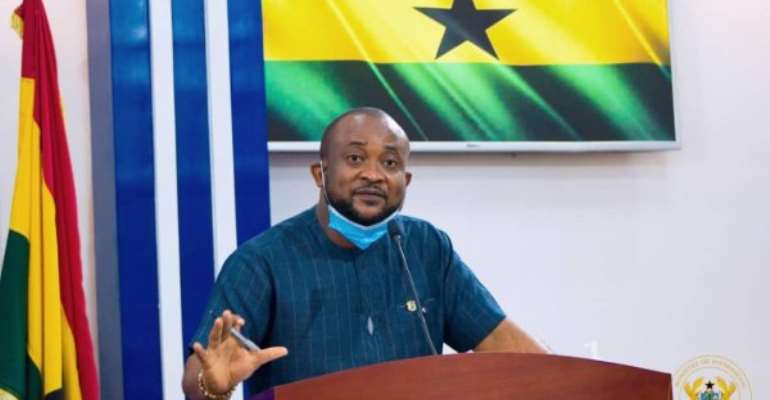 The Government has begun engagements with civil society organizations (CSOs) and other relevant stakeholders over its intentions to activate relevant portions of the Minerals Income Investment Fund Act, 2018, (Act 978).

The consultation was borne out of Government's desire to provide clarity and understanding to Ghanaians, in order to disabuse the minds of anybody who might have been misled to suspect wrongdoing in the Agyapa Royalties Limited deal.

Mr Pius Enam Hadzide, a Deputy Minister of Information, told journalists at a media briefing in Accra on Thursday that government officials including; Mr Ken Ofori-Atta, the Finance Minister, engaged some CSOs on Wednesday, September 2, to provide further explanations on the transaction.

Last Week, Finance Minister also held a news conference to clarify some concerns raised by the Minority NDC and CSOs regarding the Agyapa Royalties deal.

The Minister explained that the transaction was intended to maximise the country's mineral wealth and create more value along the gold value chain.

The Agyapa transaction, the Minister indicated that, it would turn the gold royalties into multiple revenue streams for the country by virtue of listing on the London Stock Exchange and the Ghana Stock Exchange to raise funds upfront for infrastructural development.

Parliament approved five agreements to allow the country to derive maximum value from its mineral resources and monetize its mineral income sustainably and responsibly, in line with the Minerals Income Investment Fund Act.

The Act allows the country to use a Special Purpose Vehicle, Agyapa Royalties Limited, as a conduit for securing about one billion dollars to finance the country's infrastructural projects.

In line with that, Agyapa, which would operate as an independent private sector entity, would be able to raise funds from the capital market, both locally and internationally, as an alternative to the conventional debt capital market transactions.

A Deputy Minister of Finance, Mr Charles Adu Boahen, in a presentation at the news conference, explained that Agyapa Royalties Limited was a wholly-Ghanaian company with Ghana government owning 100 per cent stakeholding, but incorporated in Jersey in Channel Islands.

He explained that after the Initial Public Offer of Agyapa Royalties, Ghana government would still hold 51 percent of the shares.

He said 75.6 per cent of the country's mineral royalties equity interests would be given to Agyapa Royalties Limited whilst the rest of the royalties would be distributed to the Minerals Development Fund, traditional authorities and district assemblies in percentage terms as outlined in the law.

Funds from the Agyapa agreement would be invested in road infrastructure in the mining communities, housing, health and education facilities across the country.