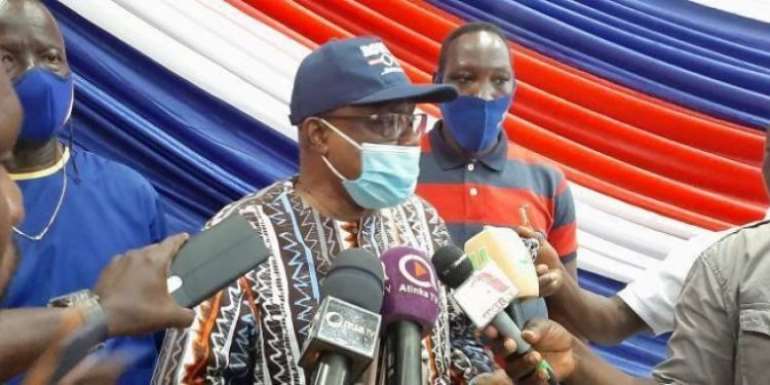 The Election 2020 Campaign Manager for the ruling New Patriotic Party (NPP), Peter Mac Manu says the party is adopting what he calls a retail campaign ahead of the December polls.

The strategy he says is to visit homes, churches and mosques to sell the achievements of President Akufo-Addo to Ghanaians.

Peter Mac Manu was speaking at a forum in Accra when the remarks were made.

“We must go and look for everyone in their homes, in the markets, schools, in the drinking bars and what have you. This is what the retail campaign is all about.”

Nana Akufo-Addo and his NPP administration say they have built a solid foundation which must be maintained and expanded after the 2020 election.

The President says Ghanaians are already eager to see the NPP get a second term in office .

Ahead of the general elections in December 2020, a number of the NPP bigwigs have said an extension of its mandate will be in the right direction because they have been able to improve the country's ailing economy in less than four years.