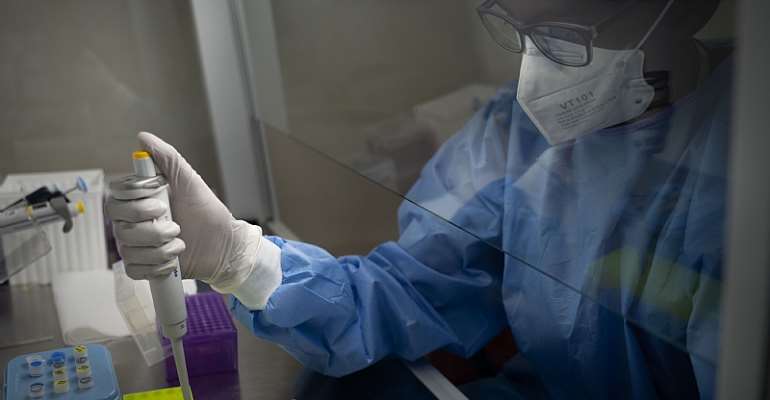 The COVID-19 pandemic tends to conceal other important health issues. One of these is the global target for reducing HIV infections and increasing access to treatment. Progress is well under way . In 2019, 67% of those living with HIV were receiving antiretroviral therapy (ART), and 85% of pregnant women with HIV were receiving medication to prevent transmission to their babies.

But these interventions depend on diagnostic laboratory testing for their success.

Regular determination of the HIV viral load is necessary to monitor patients receiving ART. This means measuring the concentration of HIV nucleic acid (viral genome) in the patient's blood. In optimally treated patients, the viral load becomes and remains undetectable. When a patient has a suppressed viral load it means that their treatment is working and they are non-infectious. This is one of the benefits of universal ART. Theoretically, HIV can be eradicated if everyone who is infected becomes non-infectious due to treatment.

Infants who are exposed to HIV need the earliest possible diagnosis. The sooner ART is started, the better the clinical outcome . Called early infant diagnosis of HIV, this requires qualitative testing for the virus itself by detecting HIV genomes. This is because infants born to mothers with HIV infection have maternal antibodies for a year or longer, making antibody tests useless.

Both quantitative and qualitative HIV genome tests require sophisticated instruments. Except where relatively expensive near-patient systems are available, HIV genome tests are mostly done on massive, largely automated high-throughput platforms in specialised laboratory facilities by highly qualified staff. This makes these tests expensive and therefore many people on the continent still struggle to access such testing.

But there is good news. Though numbers of patients needing viral load and early infant diagnosis testing are increasing and will remain high, infant HIV infections and ART failures are becoming rarer because the interventions are so successful . This is opening opportunities for pooled testing.

Pooled testing, also known as pooling or group testing, has been used for decades to efficiently diagnose relatively rare conditions, such as infection in blood donors. In a recent paper , we highlight its potential role for universal early infant HIV diagnosis and viral load coverage.

Pooled testing means performing a laboratory test on several different samples mixed together. If the test result for the pool is negative, all individual samples contained in this pool can get a negative result straightaway. So together they would have used just one test. But if a pool tests positive, the samples it contains need to be re-tested individually (“de-convolution” or “resolution”).

The trick is to pool test samples from patients with a low probability of being positive. This could be done by using information available from request forms. For example people on ART with previously undetectable viral load, or babies born to mothers stable on ART, would have a low probability of being positive. If most pools have negative results, fewer tests are needed and costs are saved. But if a pool tests positive, the necessary de-convolution negates any saving.

The prevalence of the condition to be identified and the pool size determine whether pooling makes sense. Pooling is only beneficial if what the test seeks is relatively rare.

We propose risk stratification by excluding patient samples with a high probability of being positive from pooling. For example, infants whose mothers did not receive ART (their infection risk may be as high as 25% ) or patients who were not doing well on ART.

Larger pool sizes seem tempting – after all, the more samples share one test, the greater the potential saving. But the more samples in a pool, the higher the chance of a positive result. Other factors to consider when determining pool sizes are ensuring sufficient sensitivity and the acceptable turn-around time for laboratory results.

Pooling and deconvolution add to staff workload, which may introduce clerical errors. We suggest “pipetting robots” that, if well programmed, could automate these procedures while minimising the risk of mistakes. These robots are widely used in high-income countries, but still rare in low resource settings. They are sophisticated but so are the testing platforms, and the additional investment can help to get maximum leverage out of those.

Pooling offers an option for African countries to increase access to early infant diagnosis and viral load testing, two tests listed by the World Health Organisation as essential. It does not address all challenges but may optimise the use of centralised laboratory facilities.

The experience of the COVID-19 pandemic may provide the stimulus needed to conduct large-scale pilot studies. At first, studies could use pooling in parallel to individual testing to demonstrate that it is not inferior in real-life use. At a later stage, pooling could be introduced where there is poor availability of early infant diagnosis and routine virological monitoring.