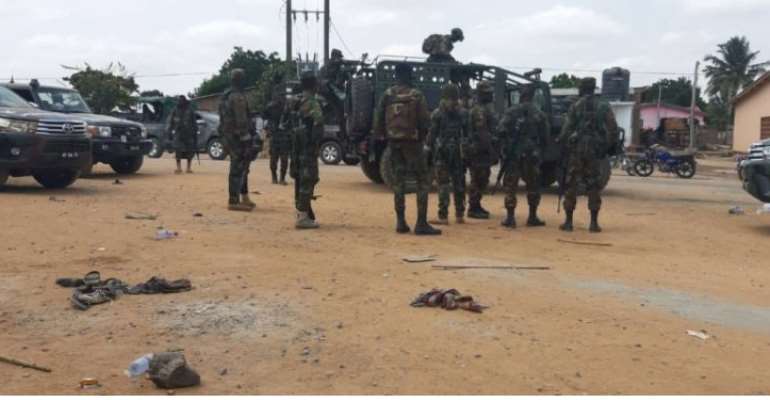 The coalition of Ga communities had alleged that the Mponuahene of Akyem Apadwa and the Akyem Traditional Council in the Eastern Region were taking their farmlands from them hence a resistance that led to chaos in the area on August 25, 2020.

The Domeabra Obom Youth Association called for the immediate arrest of the Mponuahene of Akyem Apedwa for allegedly causing the chaos recently experienced in Dome Faase.

The Secretary to the Akyem Abuakwa State, Daniel Ofori Atta in a press release absolved Okyenhene from the happenings in the town.

He said Bafour Sarpong Kumankuma who claims to be the Mponuahene of Akyem Apedwa has not been commissioned by Okyenhene to draw a boundary between the Akyem Abuakwa and the Ga State.

“If the Secretary Mr. Ofori Atta is saying that they have no knowledge of a village known as Dome Faase, it means Dome Faase is not in their records, then the land is not theirs. With what I just heard, I will not put blame on the Traditional Council anymore,” he said.