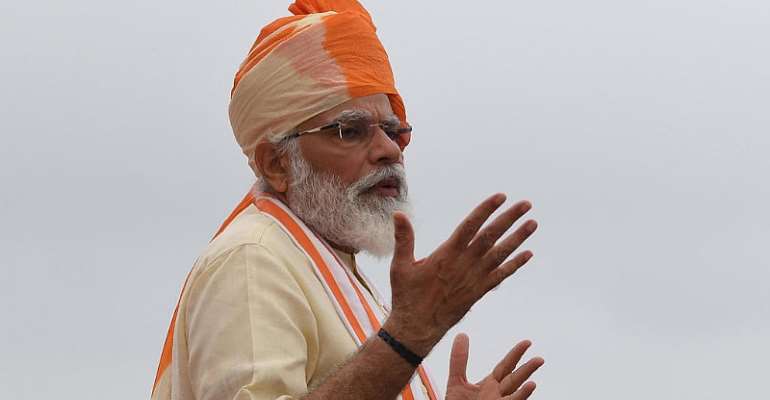 A Twitter account for the personal website of Indian Prime Minister Narendra Modi has been hacked, with cybercriminals asking followers to donate to the National Relief Fund.

The account was hacked on Thursday with a series of tweets asking followers to donate to the relief fund using cryptocurrency.

Twitter said it had the situation under control.
“We're aware of this activity and have taken steps to secure the compromised account. We are actively investigating the situation,” a Twitter spokesperson said in a statement.

“At this time, we are not aware of additional accounts being impacted.”

A hacker or a group named "John Wick" has claimed responsibility for the attack. Several screenshots of tweets that have since been pulled down by Twitter, quickly went viral.

It was not immediately reported if any Twitter users fell prey to the scam by donating digital currency.

The incident comes after several accounts of prominent personalities were hijacked in July.

The FBI was called in to investigate.
In an update on its blog in late July, Twitter said attackers had used credentials of some employees to access its internal systems and gain information about its processes.

The latest incident comes on the back of an Indian parliamentary committee summoning top Facebook executives after the social media giant was accused of bias and not taking sufficient action against anti-Muslim posts on its platform.

Facebook came under scrutiny after a series of reports by the Wall Street Journal showed the company ignored anti-Muslim hate speech by ruling party politicians, while the company's public policy chief in India, Ankhi Das, made decisions favouring Modi's party.

The parliamentary panel on Wednesday questioned the company's India head, Ajit Mohan, with both the ruling Bharatiya Janata Party and Congress members of the panel accusing the social media giant of colluding and influencing opinion, a charge denied by the firm.