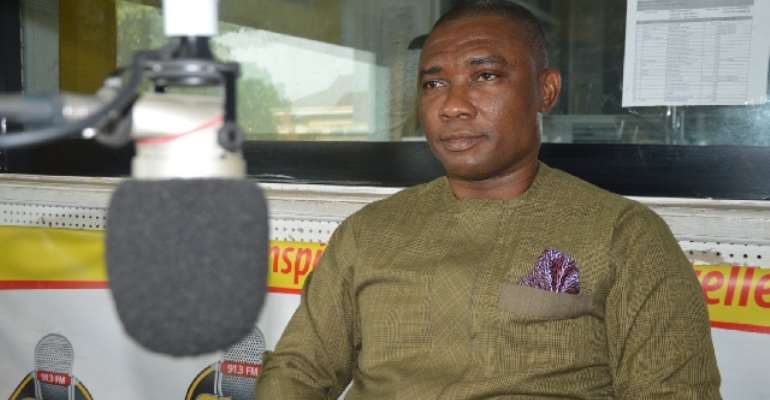 The Minerals Income Investment Fund (MIIF) has assured Ghanaians that their interest is paramount in the Agyapa Mineral Royalties deal while reiterating that the government cannot suspend the deal.

The government of Ghana is in the process of listing Agyapa Mineral Royalties Company on the London Stock Exchange.

Speaking in an interview with Blessed Sogah on State of the Nation on Class91.3FM on Wednesday, 3 September 2020, the Board Chair of MIIF, Mr George Mireku Duker, noted that the government has absolutely no challenges with the deal.

Mr Duker stated: “If you listen to Dr Manteaw [President of CSOs in the mining industry], he only affirmed what I said here that they don’t have any problem or challenge with the deal. It’s Just that we need to consult extensively and that is what we’ve got to do”, the MP for Tarkwa Nsuaem said.

“Meet them, whatever ideas they also bring on board be factored in, going forward. So, we have nothing to hide. Ghanaians your interest is in our heart, we have Ghana at heart and we’ll always do what is right for the people of Ghana.”

The lawmaker stressed further that the deal cannot be put on hold.

“They understand that it can’t be put on hold. As I speak with you, because we’ve sent the prospectus to the regulators, they’re going through. Why? Because, we haven’t done anything wrong. It’s just to get us informed, so, when we get them informed, they’ll realise that, indeed, we’re on the right track,” Mr Duker said.

Meanwhile, Finance Minister Ken Ofori-Atta has agreed to do further consultation on the agreement with civil society organisations.

This came about after some 16 CSOs that earlier kicked against the deal, met with the minister on the matter at the Finance Ministry on Wednesday, 2 September 2020.

The almost two-hour closed-door meeting sought to find common ground between the minister and the CSOs in connection with the deal.

Speaking exclusively to Class News' Charles Akrofi after the meeting, the Convenor for the CSOs, Dr Steve Manteaw, said although the deal is not on hold, “I think it was a very fruitful meeting”.

“We came to some accommodation in respect of the need for further consultations.

“The challenge now is the timing and the 'how' to go about these further consultations.

“I’ve already indicated that we are principally not against the attempt to optimise or maximise benefits from our mineral royalties, no”, he noted.

He added: “I think the challenge has to do with some weaknesses we see, which may require that we make some modification to the law itself and also to the whole project implementation approach and I think the minister seems to adopt such a pragmatic response and, so, we are hoping the group will be meeting, reconvening tomorrow to map out the next steps in terms of how we support the ministry to do additional consultations and tweaking to make sure that Ghana comes out the winner”.

Last week, the Alliance of CSOs Working on Extractive, Anti-Corruption and Good Governance called for the immediate suspension of the deal.

The CSOs said the beneficial ownership of the special purpose vehicle and Agyapa Minerals Royalties should be made public or the implementation of the deal be deferred.

Parliament, a few weeks ago, in line with the Minerals Income Investment Fund (MIIF) Act, 2018 (Act 978), approved agreements to allow the country to derive maximum value from its mineral resources and monetise its mineral income accruing to the country in a sustainable and responsible manner.

But the Chairman of the Alliance of CSOs Working on Extractive, Anti-Corruption and Good Governance, Dr Manteaw, at a press conference on Tuesday, 25 August 2020, said the deal is not transparent and places Agyapa Royalties above the country’s tax laws.

“The rushed amendment and inserting worrying clauses including clauses that leave a special purpose vehicle, Agyapa Royalties, above Ghanaian tax laws, outweighs Ghana’s immunity, and by that, exposes Ghana to the risk of damaging lawsuits should any future government seek to reverse this transaction,” he said.

“What we find even more repulsive about this whole transaction is the provision that permits Agyapa Royalties, a supposed company of the sovereign state, to register in tax payments to borrow money or raise equity in foreign currency from any source on the back of the gold royalties of Ghanaians without the requirement of any further approval, consent and administrative Act of the Government of Ghana.

“This provision takes Agyapa Royalties away from parliamentary oversight and control”, he added.

Already, the deal has been criticised by the opposition National Democratic Congress, which accused the government of mortgaging the country’s mineral resources.

NDC flagbearer John Mahama, for instance, has said the architects of the Agyapa Royalties deal are cronies of President Nana Akufo-Addo and hinted at cancelling the agreement should he win the 7 December 2020 polls.

“If I become president, I will not accept that deal”, he threatened.

According to him, “the people of Ghana do not accept that deal” since, in his view, “it is against the money laundering rules”.

“If you look at the people who put this together, they are people close to the president and already they have been paid two million dollars”, the flagbearer of the National Democratic Congress claimed.

“This president and his family think they can do anything and get away with it,” Mr Mahama said.