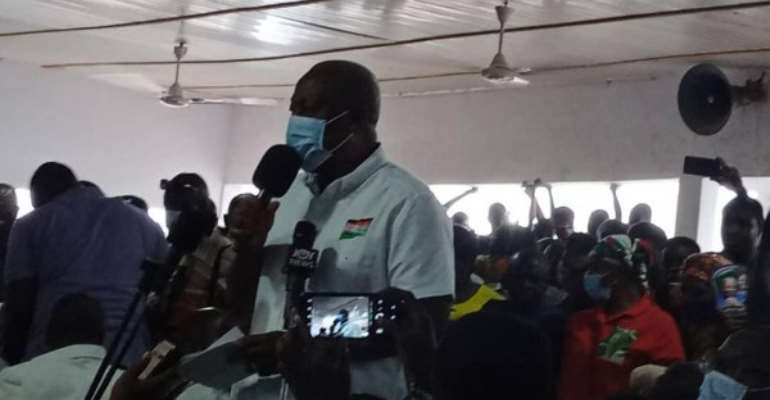 Former President John Dramani Mahama has promised Persons with Disability (PWDs) an increment in their share of the District Assembly Common Fund (DACF).

He said he would also create a special account, where such funds would be transferred directly.

Mr Mahama made the promise to the PWDs while addressing the Wa Naa Seidu Fuseini Pelpuo IV and his elders at the palace in Wa.

He said his next government would put a fund management board in place, which would be made up of PWDs.

Mr Mahama said the difficulty in accessing the fund was as a result of lack of priotization, adding that the NDC government would implement the measures to make the fund easily accessible by PWDs to improve their welfare.

He said the government of the New Patriotic Party (NPP) reduced the DACF from 7.5 per cent to five per cent, which also affected PWDs share of the fund and his next government would work to create opportunities available to all Ghanaians and not just for a few elite people.

On security, he said Ghanaians were experiencing violence and intimidation and promised to restore peace in the country so that all would feel safe to go about their daily activities

The Former President and leader of the NDC for the 2020 campaign is in the Upper West Region for a four-Day campaign tour.

Police beef-up security at traffic intersections over daylig...
11 minutes ago