Coca-Cola To Expand Investment In Ghana 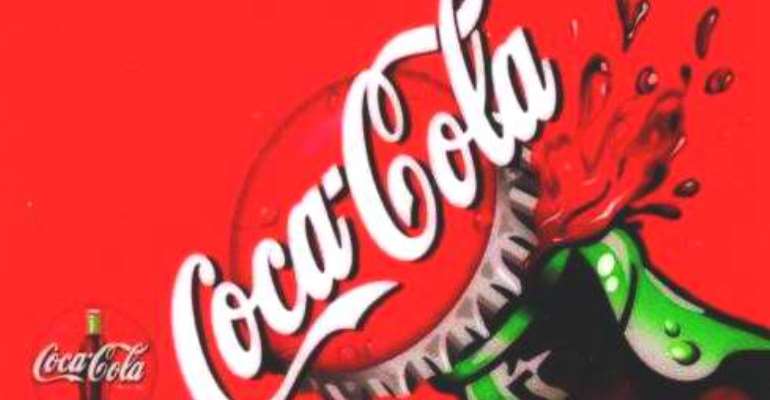 Coca-Cola Company would increase its investment in Ghana as a sign of its growing confidence in the country's economy, Mr Alex Cummings, Executive Vice President, announced yesterday.


A new production line, he said, was going to be added to the existing plant. He however, did not go into how much would be involved.

This was when he led a delegation to pay a courtesy call on President John Agyekum Kufuor at the Castle, Osu in Accra. He said the policies of the Government had created an enabling environment for business to thrive. "Our business continues to do well and we want to acknowledge this." He said the Company's relationship with the Government was a good example of private-public partnership.

Mr Cummings said alongside its business investment, Coca-Cola was also active in its support for social services and informed President Kufuor that it would today sign a Memorandum of Understanding (MoU) with Care-Ghana for a water and sanitation project.

President Kufuor, who described the Company as a strategic investor, said he was happy with its performance on both the business and social fronts. He said as Government, they would continue to create the right conditions to facilitate the performance of business. He said he was hopeful that the expansion of its production plant would lead to the creation of jobs.

President Kufuor invited the Company to play a major role in the country's landmark Golden Jubilee Celebration, which was just about six months away. He said the African Cup of Nations (CAN) 2008 tournament to be hosted by Ghana also needed a lot of sponsorship and that was an area the Company could look at.

A delegation of the United Kingdom (UK) branch of the Commonwealth Parliamentary Association led by Lord Steel of Aikwood was also at the Castle to pay a courtesy call on President Kufuor.

The delegation is in the country on a reciprocal visit made by Ghana's Parliament to the UK. Lord Steel said this symbolised the deepening relations between the two countries.

President Kufuor said although Ghana was a Republic, its Parliament was in tune with that of the UK.