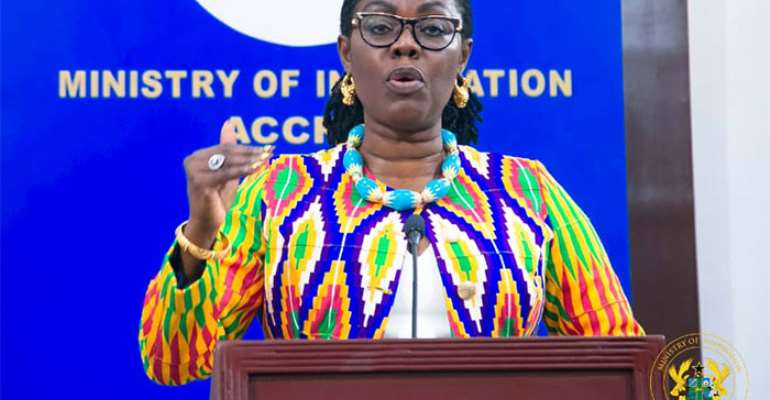 Minister of Communications, Ursula Owusu Ekuful, has urged telecoms giant, MTN, to provide more data on its operations to the regulator, National Communications Authority (NCA), for informed decisions on the appropriate measures to be taken to streamline the operations of the company.

She advised the company to “return to the table” with the regulator in order to complete a dialogue process that saw the company heading for the court to challenge the decision of the NCA to declare MTN as a significant market power (SMP) in Ghana.

MTN has since lost the court action against the regulator and the minister is urging it to corporate with the authorities.

Speaking at the relaunch of the GH Covid-19 Tracker app yesterday in Accra, the minister indicated that government has no intention of punishing MTN for its dominance but rather it is only interested in ensuring the creation of a level-playing field for the industry players and protect investments of all actors.

She said the current Covid-19 pandemic had also forced many multi-nationals to review investment strategies in various markets which in effect would have an implication on the telecommunication sector in the country.

It was, therefore, necessary for the government to build resilience in the industry in order to protect the “fabric of the economy,” adding “we need to be in the position to ensure no jobs are lost and no livelihoods are lost and we are not overly exposed to one operator who may decide it does not want to work in Ghana anymore and it is pulling out of Ghana.”

She said, “And if it holds 70 per cent of our telecoms traffic that means our entire economy is grinding to a halt since we're using the telecommunications infrastructure to deliver online services to all aspects of our socio-economic life.”

The minister said it was not the first time for a telecom operator to be declared SMP as Ghana Telecom, now Vodafone, was at some point declared SMP which led to the implementation of certain measures which partially accounted for the reason that led to MTN taking over the market.

She said even though NCA as a regulator could be faulted for acting late despite clear indications of imbalance which was noticed in 2016, the time was not late to ensure corrective measures had been taken to address the situation.

She said the brouhaha would not affect the good working relationship that the government, through the ministry, has with the telecom network as it looked forward to collaboration on mutually beneficial projects.

“In all our industry, we depend on active private public-partnership to develop and so it is a symbiotic relation. It is nothing personal so when people say I have something against MTN I ask myself why will I have anything against them?” she said.

While government is known to have collaborated with the company on rural telephony project in the past, she said the state within the next 18 months intends to roll out a telephony infrastructure project to 2000 rural communities without the funding of telecom operators.

The minister said the telecom operators could not dictate to the regulator how it does its work “and so for companies to say the NCA cannot do this or that when the law gives them the power to do so is wrong (sic).”

Some MMDCEs will be approved in December because of controve...
14 minutes ago