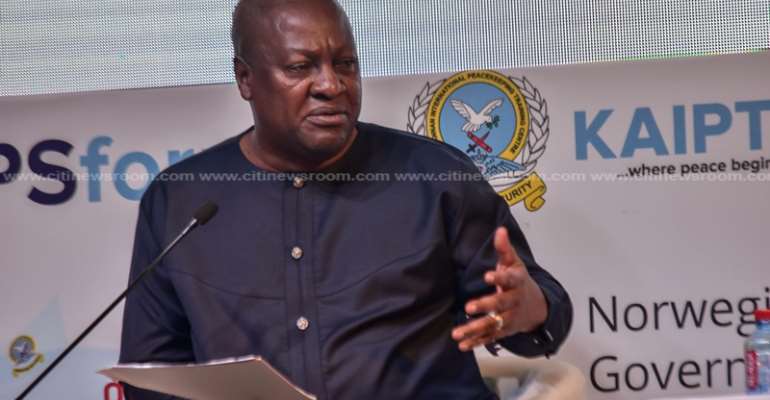 The President of the Republic of Ghana, His Excellency Nana Addo Dankwa Akufo-Addo has been excellent in his delivery to Ghanaians as a Head of State, as an Economic Manager and even in times of crisis, he has shown extreme leadership. This sends shivers down the spine of the NDC party as their chances to the seat of government keeps dwindling day after day.

Mr John Mahama has made it a strategy then to deceive Ghanaians in his quest to grab power once again. He has been telling different stories at different times. See, he tells the nation he cancelled the trainee allowances and he is sorry about that. He is willing to maintain the good work Akufo-Addo has done in restoring the allowance which is a motivation and support for nursing and teacher trainees. Yet his running mate says differently that the allowance was not cancelled. In this context, one could only believe their mismanaged economy could not have afforded such a basic necessity for the trainees or simply put, they are lying to different sects of the public in order to win VOTES.

It is quite interesting that John Mahama would want to take a share in the implementation of the Free SHS he vehemently discouraged and later promise to maintain it after he has realised it has kept the country in hope of a brighter generation; thinking that could be done by only a Visionary Leader, NanaAddo. He promised to make Technical & Vocational training free only to be told Akufo-Addo had already made it free. Of course, he had not kept track of the country's development and was comfortably on holidays after his defeat. He is now promising to make Tertiary education in the country free. He also promises to give free primary healthcare and these promises sound funny and interesting after he has opposed Free SHS.

The attached story gives you a clear understanding of how much of a liar John Mahama is. He says giving free things is not a good thing. This is to shade Akufo-Addo's attempt to build the country on the fundamentals of Knowledge, Enlightenment and Progress. He is lying about many things he has promised. Mahama wants power and believes Ghanaians would fall for his lies.

The country's resolve to not hand our Nation to a Wrecker, Deceitful and a Poisonous Person is firm and it will not happen this year.

His Excellency Nana Addo Dankwa Akufo-Addo shall once again be sworn in as President come 2021 and will lead us to many GLORIOUS CHAPTERS.

4 MORE FOR NANA TO DO MORE.

NANA ADDO AND THE NPP.