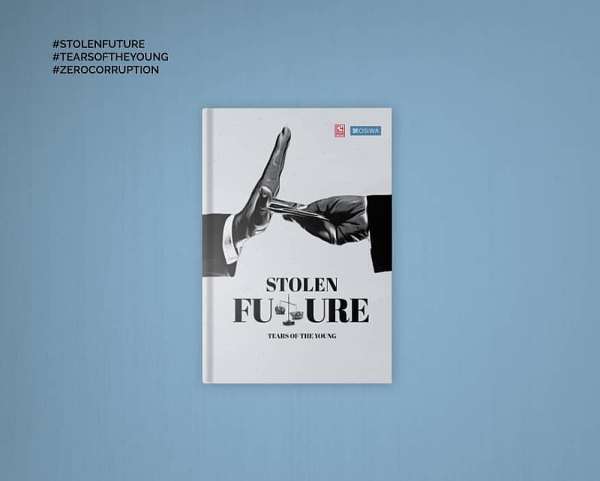 A group of concerned Ghanaian creatives have embarked on a campaign to call on the general public to shun acts of bribery and corruption and also name and shame anyone involved in such acts.

The group in an interview said that “In Ghana, bribery and corruption have become a canker that is gradually eating away the moral fibre of the Ghanaian society thereby robbing the next generation of their future. Almost everyone in one way or the order plays a huge role no matter how little that role may be in corrupt activities.

We see daily acts of corruption in our homes, schools, market places, transportation, leadership, governance etc perpetuated by the very people who should rather abhor and cast all sorts of disgust at the act but no, the story is the same across board.

Anyone who attempts to fight this moral canker and Nation wrecker becomes an enemy of the state and instead of the necessary apparatus supporting such agents of change, they rather fight them for fighting the ills of society.

We cannot continue to sit unconcerned as this continues.”

The objective of the project dubbed “STOLEN FUTURE” is to bring to the attention of the general public the detriments and destruction acts of corruption has on the lives of each and every Ghanaian and extent to which those acts steal the future of the next generation from them.

Secondly, to educate the public on the legal consequences of engaging in acts of bribery and corruption. Per the laws of Ghana engaging in bribery is an offense which is punishable by law. Most people however ignore this law and openly offer bribes to the police after breaking the laws, which is a bad precedence that’s got to be cut short before it gets deeply rooted.

This has become necessary owing to the incessant rise in acts of corruption of every facet of the Ghanaian society. The group is scheduled to launched an anthology and a series of artistic works centered on corruption in the coming days to educate and also serve as an emotional appeal to each and every well-meaning citizen of the country to put a stop to acts of bribery and corruption as well as report perpetrators of such acts to the appropriate authorities. Some of Ghana’s finest poets, spoken word artists and musicians will be part of this breathtaking launch. Notable among them are Rhymesonny, Ewura Adams Karim, Akuvi, Dora Mwintero, WhoisDeydzi, Negus the poet among others.