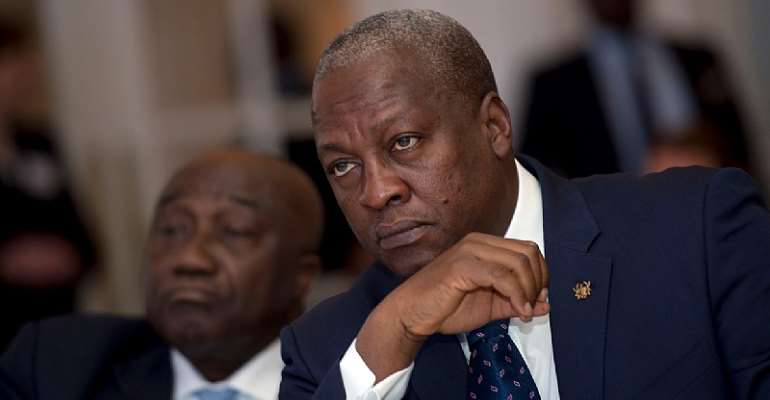 According to him, the flagbearer of the NDC is only making “pedestrian arguments” about the deal and joining the bandwagon who are only raising the concerns about the deal.

“Mahama lacks understanding of the deal and I think that for someone who wants to lead this country he is only playing mere politics and joining the bandwagon,” Mr Hadzide said on Morning Starr on Thursday.

He added “Agyapa deal was discussed on the floor of parliament so is that what someone describes as opaque? If we are looking at opaque deals, let’s talk about signing off 70% of our bauxite to his brother [Ibrahim Mahama]”.

Mr Mahama on Wednesday restated his decision not to respect the Agyapa Mineral Royalties agreement when he becomes president. He said he will abrogate the agreement and has therefore urged government to desist from signing the deal.

Addressing the chiefs and people of Kaleo, as part of his tour of the Upper West Region, Mr Mahama said the attempt by government spokespersons to justify the Agyapa deal in the name of a 2011 proposed Ghana Gold Company is both inaccurate and disingenuous.

He said the proposed company was 100% was intended to be owned by government and the people of Ghana, adding that it had no planned secret beneficial owners.

The former President pointed out that the Agyapa deal is shrouded in secrecy, its beneficial owners are unknown, and it seeks to “monetise Ghana’s gold royalties for the next 15 years and even in perpetuity without the consent of the people of Ghana”.

He added “civil society and right thinking Ghanaians have all expressed misgivings about this Agyapa deal”.

The NDC flagbearer said government should back down from signing the deal because “we will do everything legitimately in our power to oppose the agreement and make sure it doesn’t happen”.