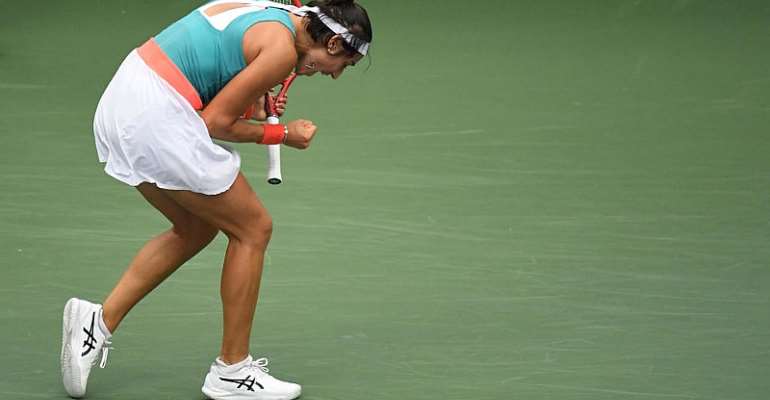 French number one Kristina Mladenovic produced the mother of all meltdowns as the 30th seed blew four match points to go from 6-1, 5-1 up to lose her second round match against the unseeded Russian Varvara Gracheva while compatriot Caroline Garcia rediscovered the élan that catapulted her to fourth in the world two years ago to beat the top seed Karolina Pliskova 6-1, 7-6.

The vastly contrasting fortunes of two of France's three best women's tennis players unfolded on the third day at the US Open on Wednesday night.

Garcia, who has slumped to 50th in the world and third in the French listings, unleashed a stream of winners to romp into a 5-0 lead in the first set of her second round tie before Pliskova responded to prevent a clean sweep.

As expected, Pliskova rediscovered her panache in the second set on Louis Armstrong Stadium but squandered two set points to level the match.

In the tiebreak, Garcia refired the aggression that had pulverized Pliskova in the opener and racked up four match points.

She claimed her fourth win in seven meetings with Pliskova when the 28-year-old Czech hit a return into the net.

Confidence
"I knew I was capable of causing problems for her," said Garcia after the 93-minute clash.

"I took my chances and when she came back in the second set, there wasn't much more I could do. So I had to keep calm and just play it point-by-point."

While 26-year-old Garcia managed to maintain her poise, Mladenovic self-detonated on the cusp of triumph.

Leading 6-1, 5-1 after barely an hour of play, she served for the match against 20-year-old Gracheva.

But Mladenovic faltered. When the Russian was serving at 2-5, Mladenovic notched up three consecutive match points but she fluffed all of them and then a fourth, allowing Gracheva to hold to recover to 3-5.

Mladenovic served for the match again but could not find the ingenuity that had swept her into such an imposing lead.

Recovery
Gracheva broke and held to come back to 5-5 and although Mladenovic managed to take the second set to a tiebreak, she was visibly on the verge of tears and crumbling.

Gracheva waltzed through the shoot-out seven points to two and was as savage as Mladenovic was incompetent in the decider to win it 6-0.

"I was playing really good tennis there and I just couldn't close it out, couldn't convert my match points. I didn't take my chances. I just collapsed. I had nothing left in the tank."