Population And Ghana’s Development: Everybody's Business (Harnessing The Talent Of Those Born) 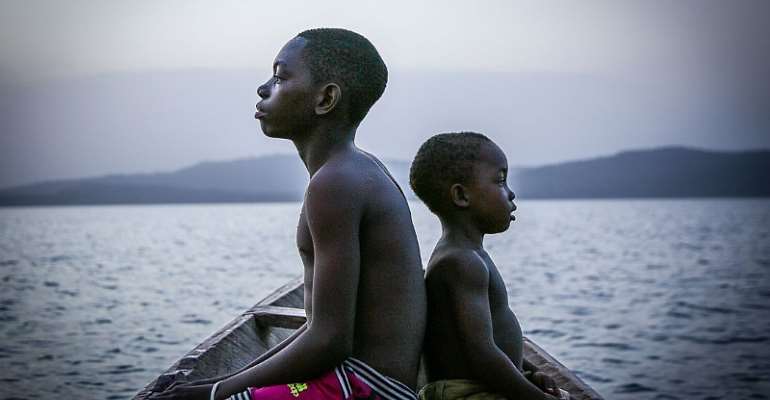 It is high time we shift focus on societal issues that are hindering our development and find pragmatic ways of solving such challenges.

A major cause of these problems is population-related issues, which may have dangerous repercussions on the entire citizenry.

Some of these issues are child abuse, child labour, child trafficking, teen pregnancies, child marriage and several unfavourable conditions which put innocent children not only into economic hardship but also psychological hardships thereby robbing them of meaningful contribution to national development.

The nation does not only lose their contribution but actually spends time and resources managing their predicaments to the detriment of societal growth.

Unfortunately, as a society, we have positioned parenting in its rightful place as foundational to national development. We will not look on for 10-year-old to drive but allow 14-year-old to have babies. What future will such mothers and babies have?

I write with sorrow and fear when I look at the fate of these children and our nation as a whole, so I ask myself that are we on the path to sustainable development?

Sharing in their sentiments, kindly allow me to share my emotions here though emotions has no price on the market but I would continue to pose a few questions to find out “ what is the real value of child marriage in the 21st century? Is it only to maintain patriarchal supremacy? How is it helping to harness our common God given talent for national development? What about trafficked children? who are the irresponsible parents of these children or were they byproducts of their sexual encounters?” , “what actually resulted in their negligence?”, “were their parents forced to procreate or was it due to the lack of access to information and family planning services?”, Is there a developed country in the world with such high levels of child marriage, teen pregnancy, child labour and child trafficking? “ Can our society picture the future we are leaving for the next generation? Policy makers, religious leaders, traditional leaders, among others may all want to answer these questions and take the needed actions.

Can we dispassionately discuss and effectively eradicate harmful practices that suppress human development and also see family planning in its rightful light as a health and an economic intervention?

Family Planning indeed according to Dr Leticia Appiah, Executive Director of the National Population Council is both a health and economic intervention.

Population management according to her is not about controlling people but rather it enables people to have the time, energy and resources to harness our God given taken from generation to generation. It is about purpose and efficiency the foundation on which every nation thrives on.

In this limelight, family planning is a necessary tool for everyone(couple) to consider in determining the right spacing, number and timing of their children for a progressive and comfortable living.

Dr Appiah said, if nations and individuals are resilient and accept Family Planning as an economic intervention, the community also becomes resilient and leads to a resilient nation as well.

The NPC Boss further pointed out that Family Planning is a developmental intervention which has the power to break the poverty cycle and bridge the inequality gap thereby creating a more just and peaceful society.

“Effective population management is about reproducing healthy people in optimal numbers consistently, which is achievable by combining art and science”, she added to my research.

Permit me to use some self-propounded vocabularies in the subsequent paragraphs to enable me present an appeal on Ghanaians to accept the idea of planning the family size effectively for the betterment of our beloved country.

Accordingly, a revised edition of the policy in 1994 was adopted 20 years after implementing the policy, it paved way for another review (Revised edition, 1994) to become necessary to address emerging issues as well as implementation challenges.

Popufilla as a sub-topic in this paragraph expatiates on some success story (impact) of the national population policy in Ghana.

Interestingly, while some progress has been chalked, including a decline in mortality and improvement in life expectancy, several challenges such as rapid population growth and rapid urbanisation of the population have persisted.

Besides there are several new and emerging issues including climate change, non-communicable diseases, sanitation and the changing age structure due to declines in fertility and mortality; and the need to harness the demographic dividend.

However, the 2018 Revised Population Policy was developed through a broad consultative process and therefore, represents the collective will of Ghanaians.

The revised policy is an expression of their commitment to the principle that an effectively managed population is a fundamental requirement for sustainable development.

One cannot draw the faint line between population and education, since they both go hand-in-hand and this two cannot be overemphasized, hence ‘Pop-educate’ in this part talks about the link between the two.

Alongside, one cannot talk about population and leave out education, when children are not educated, they cannot harness their God given talents and these children would be full of ignorance; we all know ignorance is a disease and it breeds poverty which breeds ignorance.

So giving birth to children without quality education proliferates the cycle of abject poverty to prevail.

Reward of Good Parenting on the Population

In fact, good parenting helps children develop their social, emotional and academic skills, where these qualities are needed for sustainable individual, community, national and global development.

“Ayekoo” (Well-done) NPC, for your efforts to constantly advocate the need for effective population management to attain the socio-economic development of all, and this conscious effort starts with planning the family as the unit of societal progress.

The foundation of a prosperous nations hinges on good, responsible, disciplined, kind and stable parents.

A country with educated children enjoys buoyant economy and reduces its associated juvenile problems again, the public must always be educated and sensitised by policy makers on the importance of effective population management.

In Ghana, infertility has become a critical family planning issue, in the sense that it discourages contraception usage.

Although not an accurate measure of infertility, analysis of available data from the 2010 Census indicates that 9.1 per cent of women aged 35 and older in Ghana were childless.

The emergence of various treatment procedures, including in-vitro fertilization, despite the high cost, is evidence of the lengths individuals and couples, would go in order to bear children.

Subsequently, Family Planning programmes should, therefore, have components that address infertility challenges among the population.

The writer is a Population and Health Journalist.

Email of the writer is: [email protected]