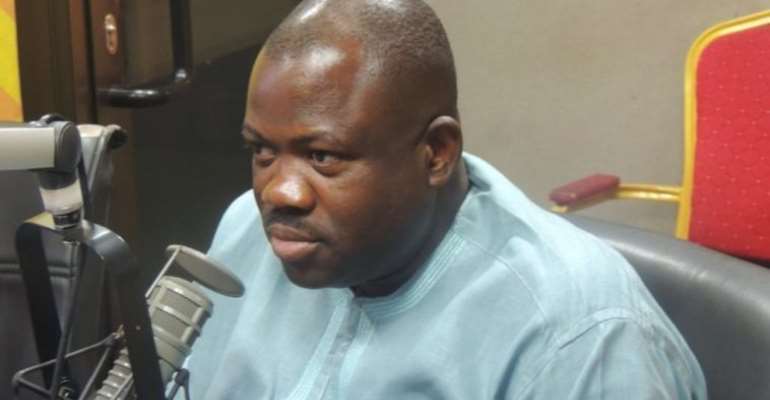 The National Organizer of the opposition National Democratic Congress (NDC), Joshua Hamidu Akamba has given President Akufo-Addo an uppercut over the management of the economy.

He is asking the President to stop running the country like a sole proprietorship business.

Akamba over the Weekend tagged the president as the most corrupt, inept and incompetent President in the history of Ghana's politics.

Mr Akamba who indicated that the President is complacent in the corrupt Agyapa agreement and the man at the epicentre of all the corrupt deals, as well as plain thievery occurring in the ruling New Patriotic Party (NPP) government, said one does not need a prophet to tell him how super incompetent, intolerant and abominable President Akufo-Addo is.

The furious looking Akamba said the Akufo-Addo government while in opposition labelled the erstwhile Mahama administration as corrupt, and asked Ghanaians to vote against the National Democratic Congress (NDC), meanwhile, after assuming power, the New Patriotic Party (NPP) administration has rather shown that it is deeply rooted in corruption than any government that has existed in the Fourth Republic.

Citing the recent Agyapa agreement Brouhaha, Missing excavators, the Cash for seat and abrogation of the PDS deal among others the National Organizer of the NDC again observed that President Akufo-Addo careless after failing on several occasion to punish his officials for these scandals.

In an interview with this reporter, Joshua Hamidu Akamba reiterated that, if there should be any award for Presidents, Akufo-Addo deserves one in Corruption and dictatorship.