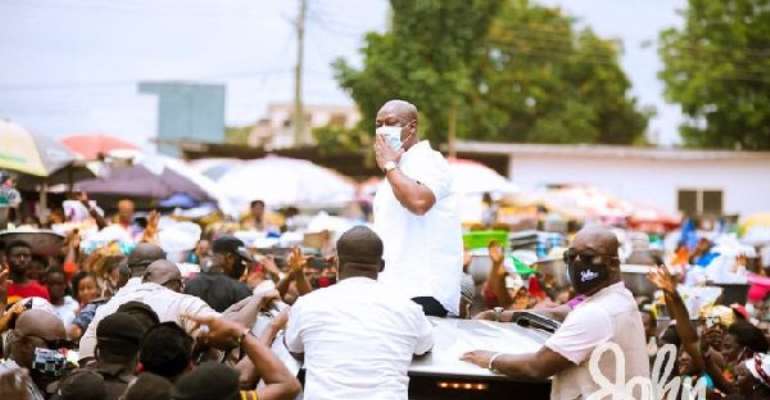 A statement issued by Mr James Agyenim-Boateng, Spokesman of the NDC Campaign Team, made available to the Ghana News Agency on Wednesday, said Mr Mahama arrived a day earlier for a four-day tour of the Region from Wednesday to Saturday.

He was met on the outskirts of Wa by thousands of motorbike riders with others in vehicles amid singing and dancing.

Former President Mahama thanked the people for what he described as a “tumultuous and energizing welcome”.

The statement said during the tour, he would meet with chiefs, opinion leaders, organised groups and leaders of religious bodies and address various communities in the Region.

Mr Mahama is expected to return to Accra on Sunday ahead of the launch of the Party's manifesto for the 2020 election on September 7.

The statement said already the NDC's Vice-Presidential Candidate, Professor Naana Jane Opoku-Agyemang, was also on a tour of the Western North Region.

She is also expected to wrap up her tour by the weekend and return to Accra in good time for the manifesto launch.

I haven’t said NPP is Majority in Parliament – Bagbin clarif...
45 minutes ago