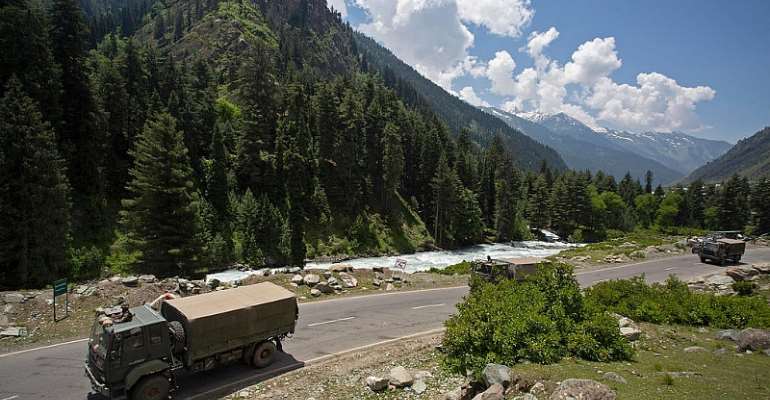 Tension between India and China has flared up again with each accusing the other of trying to seize territory across their disputed Himalayan border.

India and China remain locked in a tense face-off after the Indian Army thwarted an attempt by troops of China's People's Liberation Army's (PLA) to alter the status quo on the southern bank of the Pangong Lake in eastern Ladakh.

The incident at the Line of Actual Control (LAC) is the first major confrontation in the area since the Galwan Valley clashes on 15 June in which 20 Indian Army personnel were killed.

Subsequently, the PLA has accused the Indian side of committing violations.

“Even as the ground commanders of the two sides were in discussions to de-escalate the situation, Chinese troops again engaged in provocative action,” India's foreign office said in a statement.

“Due to the timely defensive action, the Indian side was able to prevent these attempts to unilaterally alter the status quo.”

For months, troops from the two nations have been locked in a stand-off in the western Himalayas, where each side accuses the other of violating their nearly 3,500km-long border, most of which remains un-demarcated.

The conflict has been escalating since early May with skirmishes and a gradual military build-up. The three main friction points were Hot Springs, the Galwan Valley and Pangong Tso.

Unlike the 15 June face-off, the latest confrontation took place on the southern bank of the Pangong lake, not the Galwan Valley. The expansive lake, sections of which are controlled by India and China, is south of the Galwan Valley. The valley and the northern tip of the lake are over 80 kilometres away, as the crow flies.

Reacting to the latest round of tensions, China urged India to “immediately stop any actions leading to the escalation and complication of the situation” in the border region of Ladakh.

“India's move has grossly violated China's territorial sovereignty, seriously violated relevant agreements, protocols and important consensus reached between the two countries, and severely damaged peace and tranquillity along the China-India border,” Ji Rong, a representative of the Chinese Embassy in India, said in a statement.

“What India has done runs counter to the efforts made by both sides for a period of time to ease and cool down the situation on the ground, and China is resolutely opposed to this.”

India and China have held several rounds of military and diplomatic talks in the last two-and-half months, but no significant headway has been made towards a resolution to the border row in eastern Ladakh.

The two Asian powers fought a border war in 1962 and have been involved in regular showdowns ever since.