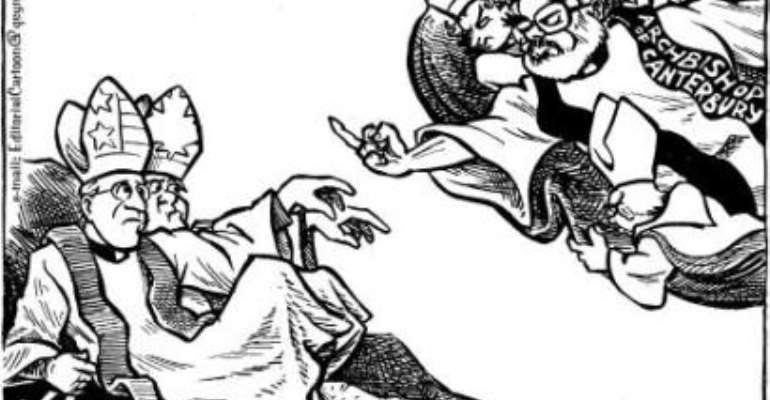 The Bishop of the Anglican Diocese of Ho, Matthias Medadues-Badohu, has explained why the church in Ghana cannot come out, like Nigeria did, as a country, to condemn the ordination of a gay person as bishop in the Anglican Communion of America.

In an interview with The Statesman at Ho over the weekend, Rt Rev Medadues-Badohu explained that Ghana belongs to the province of West Africa which includes Guinea, Gambia, Sierra Leone and Cameroon therefore Ghana cannot make a pronouncement on any issue without consulting the other member countries.

He said any pronouncement that needed to be made, as a country, on an issue that will affect the Anglican Communion in West Africa have to be in consultation with the other members of the province adding that any member country that does not follow this rule will be severely reprimanded.

He said Nigeria on the other hand is a province on its own and therefore can make any pronouncement on an issue affecting the Anglican Communion Worldwide without consulting anyone.

On why the province of West Africa has not come out to condemn the ordination, Rev Medadues-Badohu replied that since Nigeria as an African country has come out to publicly condemn the act, they speak the mind of the whole Africa Communion. He however admitted that considering Nigeria's response as representing the African opinion on the ordiantion of a gay person as bishop was not the norm.

He disclosed that Ghana is working feverishly to attain the status of province to allow it to have the power to take major decisions on its own without consulting others.

He said the only impediment to the country attaining this feat is the lack of capacity by the rest of the member countries to survive without Ghana. "Ghana is the driving force in the West African province and so for it to leave to form a province of it's own means the rest will be on their own, which is capable of disintegrating the Anglican Church in those countries,” he added.