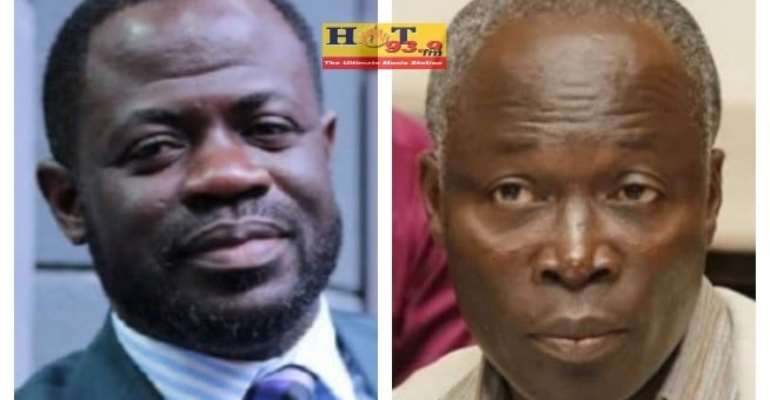 The ruling New Patriotic Party(NPP) Chairman for New Juabeng North, Kwadwo Boateng Agyemang has indicated that the slaps and punches the Member of Parliament for Odododiodio Constituency, and former Sports Minister under John Dramani Mahama’s regime, Nii Lante Vanderpuye received from the alleged National Security Operatives was a just a concert.

He said the MP should have been slapped 15 times by operatives from the National Security.

Nii Lante Vanderpuye alleged on Tuesday that he was assaulted by men believed to be operatives of National Security.

According to the NDC Stalwart, alongside him, his research assistant, Sam Laryea; editor, Albert Ofori; and one of the ward executives, Nii Commey were allegedly attacked by the men.

He also added that his car was vandalized and two back tyres deflated with a knife.

Commenting on the issue on "Dwene ho biom'—a Political talk show hosted by Chairman KK Asamoah on Hot 93.9FM, the NPP chairman for New Juabeng North, Kwadwo Boateng Agyemang, indicated angrily that the former Sports Minister should have been given 15 slaps on his face.

According to the New Juabeng North's NPP Chairman, Nii Lante deserved more than what happened to him, indicating that what he encountered was a payback in his own coin.

“Tell Nii Lante that his own brother says he should have been slapped fifteen times. They should have slapped him in his face just so he could learn a lesson,” he jabbed

Listen to Kwadwo Boateng Agyemang below: