Charlie Hebdo terrorism trial to be filmed for national archives 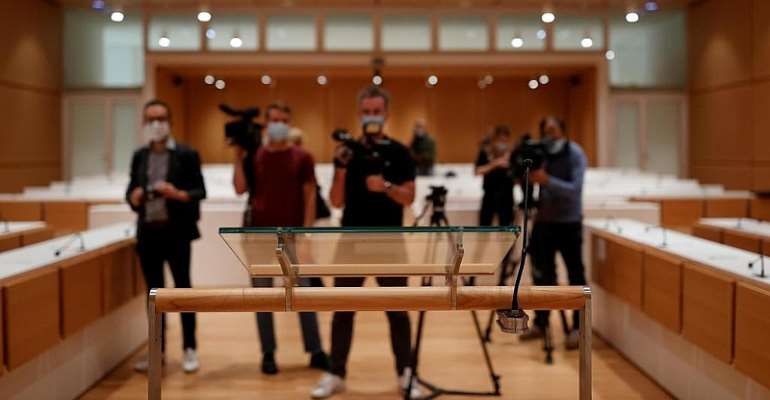 In a rare move in France, the trial for the 2015 attacks on Charlie Hebdo, a kosher market and police is to be filmed in its entirety for France's national archives, the first for a terrorism trial. Footage will remain inaccessible to the public for 50 years.

While many high-profile trials draw much public attention and media commentary, the general rule is that no images may be taken in the courtroom, either by camera or smartphone.

Paris judges have made an exception for the trial of 14 alleged accomplices of gunmen Saïd and Chérif Kouachi and Amédy Coulibaly, who were killed by police after murdering 17 people over three days in January 2015.

The impact of the attacks "passed borders" and stirred emotion across the world. “They passed borders and profoundly marked the history of national and international terrorism," said the Paris court in response to the request of anti-terrorist prosecutors.

“It's the first time a trial for terrorism will be filmed,” prosecutor Nicolas Renucci told RFI, adding it was also the first to make use of equipment in a recently opened new courthouse in northwest Paris.

“The courthouse opened in 2018 with ample equipment,” he said. “There are microphones and five cameras in the courtroom.”

Since their appearance at the Nuremberg trials of 21 former Nazi officials in 1945-46, courtroom cameras have generally been the domain of international tribunals prosecuting war crimes and crimes against humanity.

Prosecutors said the Paris trial should be filmed due to its “historic” nature, arguing the attacks “were the first in a series of terrorist incidents in the months that followed and that sent France into mourning”.

“The decision to authorise the filming of this process takes into account that the attacks themselves were a historic event,” said Sylvie Lindeperg, a World War Two and cinema historian.

“It also considers that the trial itself will be historic,” she told RFI. “The story goes beyond the accused, insofar as the principle protagonists are dead, and it concerns the whole national community.”

In France, filming of court proceedings was banned under press freedom laws in 1881. A 1985 law passed under Justice Minister Robert Badinter authorised filming for trials that had “an interest for the constitution of a historical archive”.

The first trial filmed in France was in 1987, against Nazi war criminal Klaus Barbie in Lyon. Twelve other trials have been filmed in all, mostly in relation with the Nazi regime, holocaust denial or the dictatorship in Chile.

Trials linked to the 2001 industrial explosion at the AZF plant in Toulouse and to genocide in Rwanda have also been filmed for the archives.

Unlike proceedings at international criminal tribunals for Rwanda and the former Yugoslavia, the Charlie Hebdo trial will not be broadcast live.

In fact, the general public will have to wait half a century before they are available for viewing, since the national archives will only make the images accessible for consultation and for broadcast with exceptional authorisation.

“With the Badinter law, France made a very reasoned decision to authorise filming, but in such a way as to disconnect the filming from moments of strong collective emotion,” Lindeperg said.

Filming will also follow strict guidelines, using only fixed images, making as few cuts and edits as possible and always recording the person who is speaking.

The trial is to last until 10 November.