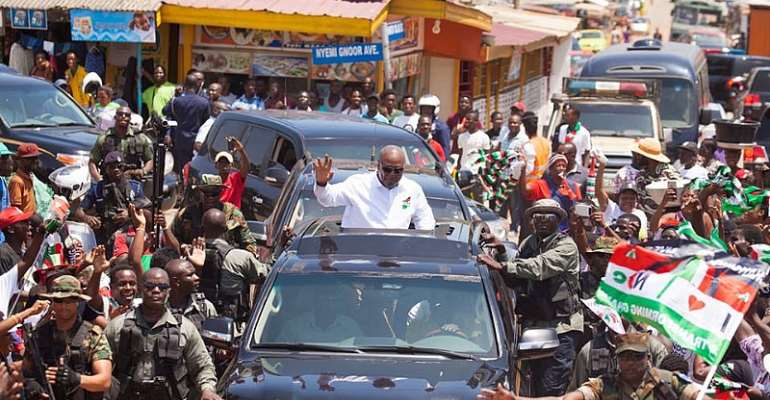 Former President John Dramani Mahama arrived in Wa in the Upper West Region on Tuesday, 1 September 2020, to commence his four-day campaign tour of the region.

Mr Mahama was met by several thousands of motorbike riders amid joyous songs and dance, and was taken through the principal streets of Wa.

The former President is expected to meet with chiefs, opinion leaders, organised groups and leaders of religious bodies during his tour.

The NDC flagbearer will also address people in various communities.

Mr Mahama is expected to return to Accra on Sunday, ahead of the launch of his party’s manifesto for the 2020 elections.

She is also expected to wrap up her tour by the weekend and return to Accra in good time for the NDC’s manifesto launch early next week.