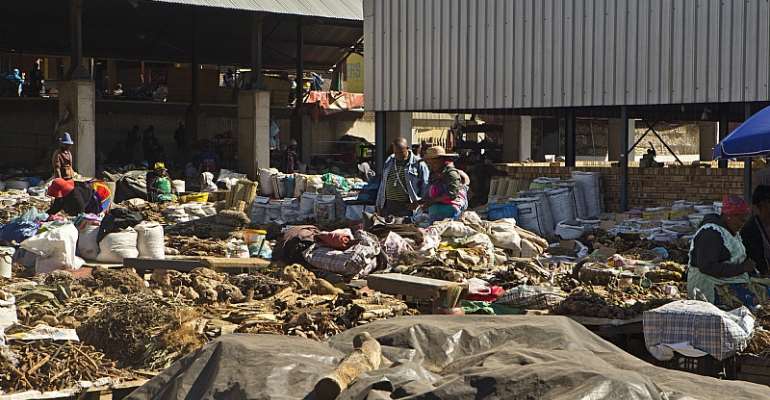 Plants originating from Africa constitute about 8% of the 1,100 medicinal plants commercialised globally. But many of these plants are exported as raw materials or semi-processed. They are then processed and packaged as products like teas, tinctures, tablets, capsules and ointments.

Often, when medicinal plants get commercialised, there's no benefit to the communities whose indigenous knowledge is used.

One example is the case of Hoodia , a succulent that grows in parts of South Africa, Namibia and Botswana. For centuries, the plant has been used by San communities to suppress hunger and thirst. In the late 1990s , researchers from South Africa's Council for Scientific and Industrial Research patented the active ingredients in Hoodia – without recognising the San's indigenous knowledge and claim.

The South African San Council challenged this move, demanding they should benefit, in some way, from the commercialisation of these ingredients. In 2002, after a lengthy legal battle, the two parties struck a deal that recognises the San's contribution in terms of traditional knowledge.

South Africa has taken several measures to protect biodiversity and include communities that were previously marginalised and exploited . The country has created laws and institutions that promote the formal recognition of indigenous knowledge. In this article we look at the National Environmental Management Biodiversity Act of 2004 and the Bioprospecting, Access and Benefit-Sharing Regulations .

They take the approach that communities who guard the knowledge of African traditional medicinal plants should get a fair economic return from these natural resources.

The laws and regulations have produced some benefits and also created some barriers since they were introduced 16 years ago.

South Africa is one of 17 mega-diverse countries identified by the United Nations. The country is rich in natural resources, especially plant diversity. Some of the plants are found only in small areas, and knowledge of them is limited to a few people. So there may be strong potential for discovering new compounds with high commercial value .

But when access is not restricted, the people who originally cared for and knew about these heritage resources don't benefit in most cases . This is why the South African government introduced the National Environmental Management Biodiversity Act of 2004 along with the Bioprospecting, Access and Benefit-Sharing Regulations. The legislation was meant to regulate exploitation of the country's biodiversity and associated traditional knowledge .

The legislation has yielded a number of benefits over the past 16 years. One of the main benefits has been the reduction in biopiracy – unfairly exploiting natural resources that belong to communities. It also led to responsible and sustainable harvesting of plants. It's provided clear guidelines on how income generated from indigenous plants will been distributed more fairly.

The process of deriving valuable bioactive compounds with commercial value has also been managed better. Intellectual property is better managed and the government has more control over plant exports. Importantly, partnerships between civil society, researchers and industry have improved.

But the legislation has presented challenges .

One of the problems is increased red tape. This slows down research into how plants can be used in medicine . The negotiation processes between community structures and researchers take much longer. This often leads to deadlocks.

The regulatory process also requires more funding. A major problem is that the legislation doesn't provide a clear-cut way to identify the legitimate holders of traditional knowledge.

In addition to the laws governing the biodiversity research sector, South Africa is developing more policies for innovation based on indigenous knowledge. The aim is to boost the country's innovation capability in the natural products sector.

The country's experiences of governing the national biodiversity research ecosystem are there for other African countries to learn from. Its approach is that natural resources and associated traditional knowledge can be harnessed in a sustainable way for fair socio-economic development and innovation.

Martha Pinkoane does not work for, consult, own shares in or receive funding from any company or organisation that would benefit from this article, and has disclosed no relevant affiliations beyond their academic appointment.