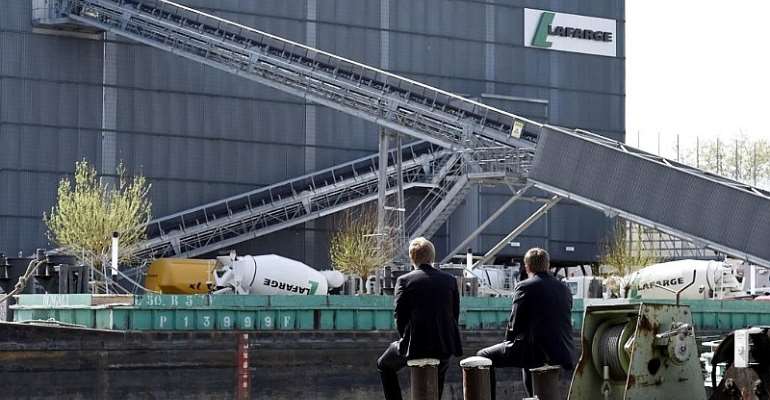 Paris prosecutors have opened an investigation into the French-Swiss cement manufacturer Lafarge for "alleged pollution of the Seine river by a public works company".

Hundreds of litres of toxic wastewater have leaked into the Seine from a plant belonging to cement giant Lafarge-Holcim, Europe 1 radio reported on Monday.

The contaminated liquid is composed of a mixture of cement, wastewater treatment liquid and plastic microfibers, and comes from a site near the economy ministry in Bercy, eastern Paris.

A video posted by Europe 1 shows a concrete truck at the riverside plant emptying its load into a tank, which is pierced and lets the waste water flow into the Seine.

According to Europe 1, another site in Paris could be involved. Concrete may have been poured several years ago near the Pont Mirabeau, not far from the Eiffel Tower.

"It's a complete environmental scandal, as we have been working with our partners for a long time to improve the quality of the River Seine," Paris Mayor Anne Hidalgo said on Twitter.

The cement giant has acknowledged the spillage but insisted it was the result of sabotage, rather than an intentional act.

In a statement, Lafarge said it was a "victim" and that the spillage was provoked by a "malicious act". The company said the leakage had been stopped and controls reinforced.

Deputy Paris Mayor Emmanuel Grégoire said the town hall was "very angry" with the firm, which should have informed officials of the problem.

Since Tuesday, Parisians have reported several acts of potentially harmful practices, such as dumping toxic waste into the river, by cement-making companies, Grégoire said, adding that the sanctions currently in place were not heavy or dissuasive enough.

Environmental activists have previously accused Lafarge of contaminating the Seine and in February staged demonstrations against the Paris site.

Environment Minister Barbara Pompili tweeted that a team from her office would head to the scene and those responsible would face justice.

In April 2019, French highway firm Vinci was accused of discharging cement wastewater into the Seine. The company was fined 50,000 euros.