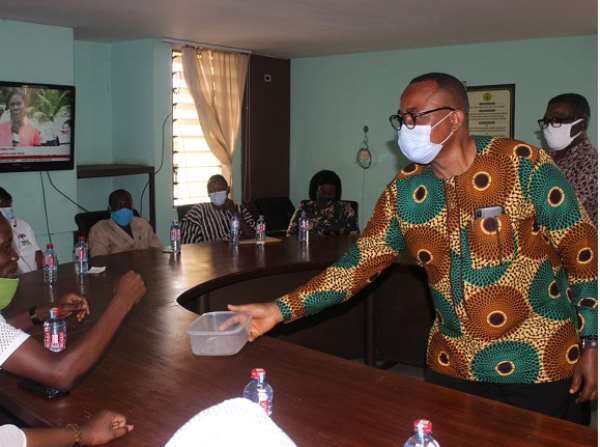 Some registered political parties have taken part in a ballot for the order of appearance on the Ghana Broadcasting Corporation (GBC) political programmes ahead of the December 7 elections.

After the exercise, the acting Director for television (TV), GBC, Ebenezer Ampaabeng, said the state media, according to its constitutional mandate of strengthening the democratic culture of the country, would be offering the various political parties the opportunity to appear on its programmes free of charge.

He said TV programmes like 'Manifesto Digest', 'My Turn', 'Adult Education', 'Breakfast Show', 'Inquest' and the 'Race to Jubilee House', would have dedicated time for representatives of political parties to share with Ghanaians what they have to offer should they be voted into power, come December 7.

He further noted that GBC's programmes held in the six local languages – Akan, Ewe, Dagbani, Ga, Nzema and Hausa – would also be made available for the use of political parties.

A few weeks ago, the GBC launched its strategy for providing equal coverage of political parties' activities leading to the 2020 elections.

The Chairperson of the GBC Political Broadcast Complaints and Monitoring Committee responsible for the smooth implementation of the policy, Dr Sarah Dsane, said the strategy is to give political parties and candidates fair and equitable opportunity to inform and educate the public on their programmes.

She said GBC would endeavour to provide an honest, accurate and fair reportage of political activities.