Women Are Tired Of Being A Hashtag 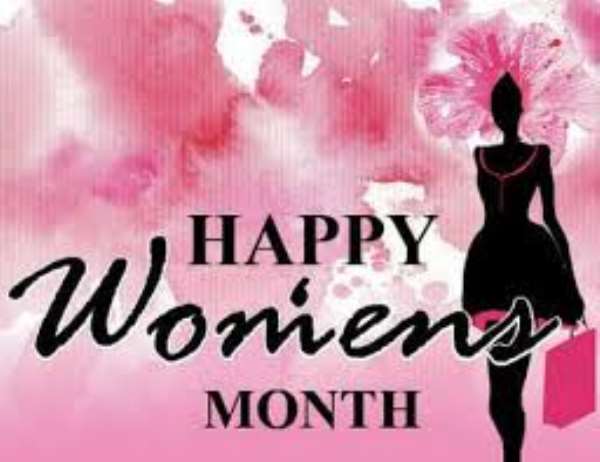 Wathint’ abafazi, wathint’ imbokodo,uza kufa! (You strike the women, you strike a rock, you will die!): a well-known freedom song sung by 20 000 women as they marched to the Union Buildings to protest the oppressive pass laws. For over 60 years, the song has represented the courage, boldness and tenacity of women. Every year, during Women’s Month, the slogan is peppered across all social media timelines and newsfeeds. You strike a woman, you strike a rock - there is something about this phrase that seems inappropriate in the current climate wherein gender-based violence is a virus that is deadlier than COVID-19 and has been besieging our society with much stronger force. It has gone from being a manifesto of strength to being a trigger for most, if not all, women in South Africa, many of whom feel that the slogan forces an unreasonable level of strength upon them. This Women’s Month, we pause to ask society: Why are we being struck?

The violation of women’s bodies is a tragic hallmark of not only African countries but also societies across the world. The lockdown has seen an insidious rise in domestic abuse in many countries as many women are forced to stay at home, all day, with their abusers.

To be a woman is to constantly live in fear of what men will do to us. Women can’t stay out too late or take moonlight meanders because their gender makes them prey. There are ravenous beasts out there who lurk in various spaces, threatening a woman’s very existence. Domestic abuse, rape and murder - women are not safe in their homes, schools and workplaces. Violence has become so inhered in the life of a woman that we are told to watch what we wear and watch where we go. We are told to work hard to ensure our own safety by being vigilant and making sure that we keep ourselves out of harm’s way. And when harm finds its way to us, we then have to go through the difficult and retraumatising task of reporting the iniquities of gender-based violence. The perpetrators of these horrendous acts of violence, men, are seldom held accountable; men are not told to change their behaviour and to be mindful of how they speak about women. Women are told to try not to get raped and killed. Men are seldom told to stop raping and killing women.

So, why are women held in such low esteem? Why do men have such little regard for our lives? What makes it so easy for a man to kill a woman after she refuses his romantic advances? Not only is it men who treat us as though our lives are insignificant and worthless, laws have also been set up in a way that doesn’t protect us sufficiently. In 2019, Sonia Kwame, Africa Campaigns Director at One Africa, led a campign that was geared towards changing the legislation around sexual assault in Senegal; the goal was to ensure that raped is recognised as a serious crime. “Initially, rape was considered a minor crime and misdemeanour...the campaign was successful; by the end of last year, the president of Senegal signed the bill.” Sonia and her team took the petition directly to President Macky Sall and a new law criminalising rape came into effect in January 2020. ONE Africa’s efforts led to a new law that increased the level of punishment of those convicted of rape.

The pervasiveness of gender-based violence and the slow response of society also have a lot to do with socialisation. Men have been socialised to believe that they can do whatever they want with little impunity. In many African families, exposing gender-based violence that takes place in the home is often discouraged, for fear that shame will be brought upon the family. Sadly, women stay in relationships because of the economic imbalance that exists; many women stay because they fear that they and their children will starve. As noted by Sonia, “There is a link between the socialisation process, the type of laws you have in place and how those laws are enforced. In Africa, unfortunately, many systems are weak.”

Tendani Muthambi, ONE’s senior director of Africa operations and management, opines that if we are to transform society, making it safe for every woman and child, we have to change ourselves first, we have to have critical conversations with ourselves in which we question how we contribute to injustice. Men, especially, need to take responsibility for their thoughts, words and actions. When reflecting on gender-based violence in South Africa, Tendai echoes Sonia’s sentiments regarding the role of socialisation: “Regarding GBV in South Africa, I would focus on social behavioural change. We seem to be wrestling with how we value human life. It starts with self-respect and the way we are socialised to view human life.”

Gender-based violence has become such a terrifying part of women’s quotidian existence. Even as we are dealing with a global pandemic, many women are not safe in their own homes. As stated by Sonia, GBV is a major barrier education for women, which means that many women are denied the opportunity to contribute effectively to socio-economic development on the continent. In addition to changing our laws and men changing their behaviour and mentality, we need to create more economic opportunities for women as this will make them less vulnerable to gender-based violence. This is why organisations like ONE exist: to ensure that Africans societies are equitable and that no one is denied access to their basic human rights. Both Sonia and Tendani enjoy the work that they do because it is focused on improving quality of life for all Africans, regardless of their gender.

As we observe Women’s Month, let’s reflect on how we can build a world that is not only safe for women but also teaches men to be and do better; a world that has a zero tolerance for violence of any form, understanding that an injustice to one group of society is an injustice to all.

Alliance of CSO petitions Parliament for audience with GNPC ...
21 minutes ago